Helping People in “Coal Country” as the Nation Divests from Carbon 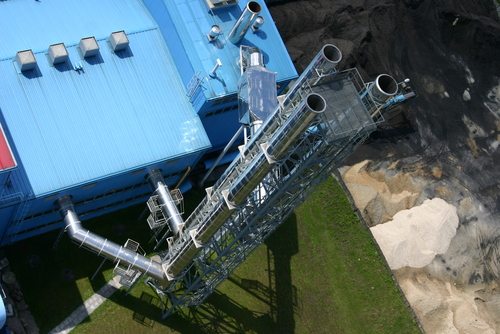 In the wake of increasingly successful divestment actions aimed at carbon-producing industries, coal has turned into the new tobacco. While even natural gas mining has its vocal supporters despite the dangers of fracking, the supporters of coal are shrinking as the “clean coal” touted by candidates of both political parties looks more and more like an oxymoron.

But what about the people who live in coal country? What is happening to them as the institutional investors withdraw their assets from the companies topping the Carbon 200 list? As institutional investors including foundations pull their assets out of coal, are foundations and others dealing with the impacts on the populations of Appalachian communities and other places?

AP writers Adam Beam and John Raby wrote last week about the closing of mines in Eastern Kentucky and West Virginia, historically one of the poorest regions of the U.S., and the shrinkage of their public school populations. Because school funding typically tracks school populations, the loss of students due to families moving out of coal country means that schools in places like Pike County, Kentucky, and McDowell County, West Virginia are hard pressed to provide quality educational programming or even stay open. Beam and Raby reported on children in these rural communities facing longer and longer bus rides to and from school.

“Except for moving, there’s not a lot that can been done,” they write, and that’s part of the problem. Many people are fleeing coal country because of the lack of jobs and opportunity. As major national philanthropies cut back on or eliminate their rural grantmaking programs, the message, subliminal or otherwise, that some foundations are sending to these rural families is similar: If you want to improve your lives, pack up, get a bus ticket to a big city, and move.

Unless this nation and its big foundations really are simply writing off rural America, and let’s hope that isn’t true, they should be thinking of ways of addressing the rampant poverty of much of coal country and generating jobs and quality services that make communities in these regions decent and sustainable.

Part of the solution lies in reinvesting in services and public education—especially the latter, since education is so frequently the linchpin for successful community and economic development. “Funding is an issue all across the state, but when you are losing students, it totally exacerbates the problem,” said Stu Silberman, executive director of the Prichard Committee, meaning that for investing in schools in Eastern Kentucky, it will take new state resources and probably a revision of Kentucky’s public school funding formula.

More fundamentally, however, if coal and carbon are going the way of the dinosaur, the challenge is one of changing the economies of these regions from their current dependence on coal extraction. That will be difficult to meet as government funding itself shrinks. “There’s been minimal growth as far as economic development in McDowell,” McDowell County superintendent of schools Nelson K. Spencer told the AP writers. “Coal is still one of the things that we’re relying on. From talking to citizens who work in the mines, it’s not boding well right now.” To make an economic shift, Spencer suggests that McDowell County needs better roads, as it currently lacks a four-lane highway, and the construction of affordable housing.

The imperative for action is immediate. A Government Accountability Office report suggests that 13 percent of the nation’s coal-fired power plants will be “retired” by 2025, primarily because they can’t be run economically and still meet the advanced pollution control standards of the Environmental Protection Agency. The majority of the plants to be shuttered are in Ohio, Pennsylvania, West Virginia, and Kentucky, the coal country states of rural Appalachia.

We would be hard pressed to identify a similar batch of national foundations making major efforts to help the communities of coal country chart a new path toward economies that are not dependent on coal. Foundations should be helping craft solutions for Pike County and McDowell County that are investments in these regions and in the families that live there, not hinting that they should be buying tickets at the Greyhound bus terminal.—Rick Cohen