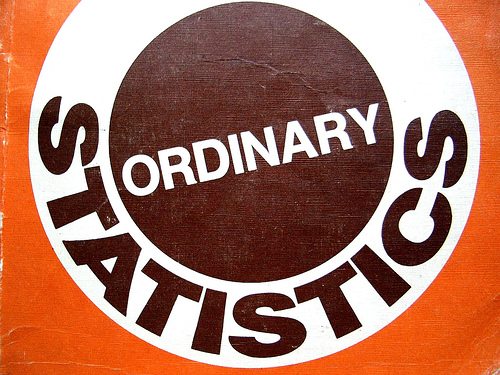 Based on an analysis of four years of federal government data on tens of thousands of nonprofit, for-profit, and government employers, there are some important and startling findings about employment trends in the nonprofit sector that should interest most nonprofit agency leaders and staff:

Is this data from the Census Bureau? The Bureau of Labor Statistics? The Internal Revenue Service? No, these potential findings are drawn from annual studies conducted by the Agency for Healthcare Research and Quality (AHRQ), a little-known agency associated with the Department of Health and Human Services (HHS).

No one collects undeniably accurate and reliable data on nonprofit employment, no one. Counts of employment by the Bureau of Labor Statistics, for example, are really estimates based on samples, often stratified samples of employers or employees to make sure that information is collected for specific types and classes of employers and for specific geographic regions.

So it is a boon to researchers of the nonprofit sector that a unit of the Department of Health and Human Services also conducts an annual survey of employers—like others, based on a stratified sample—in order to collect health-insurance-related information. Every year since 1996 (with the exception of 2007), AHRQ has surveyed employers to identify and assess the “number and types of private health insurance plans offered, benefits associated with these plans, premiums, contributions by employers and employees, eligibility requirements, and employer characteristics.”

This data series, known as the Medicare Expenditure Panel Study (MEPS), includes an “Insurance/Employer Component” that gathers health expenditure and benefit information from a national sample of tens of thousands of public- and private-sector employers—including nonprofit employers. For researchers interested in the nonprofit sector, there is a side benefit: the data include estimated counts of nonprofit employers and employees by size of employer and by full-time or part-time status of the employees. When examined over a period of years, these data reveal lots of hidden nuggets of insight into changes in nonprofit employment and nonprofit employers.

AHRQ researchers interview a large number of employers via a detailed telephone and written survey, typically sampling some 38,000 to 40,000 private sector establishments drawn from the Census Bureau’s most recent business register. The MEPS response rate for the 2006, 2008, 2009, and 2010 interview periods has typically hovered between 78 and 86 percent. That high response rate is due to several rounds of outreach, including an initial survey mailing, a second mailing if there is no response to the first, and a telephone follow-up if neither mailing secures a response.

Multiple years of data from these carefully constructed national samples reveal often-surprising trends concerning rates of nonprofit job creation, changes in full-time versus part-time employment, and the number and types of nonprofit firms and establishments.

Like many other data sources, the AHRQ surveys suggest that the nonprofit sector is outpacing the private sector in job creation:

The MEPS statistics suggest that nonprofit employment plummeted in 2009 as the national recession ravaged the sector but then increased dramatically in 2010. Why? The obvious answer is the American Recovery and Reinvestment Act of 2009—a.k.a. ARRA or “the stimulus”—which funneled money to nonprofits such as Community Action agencies, Head Start groups, health clinics, and hospitals, allowing them to retain and hire staff. Who knows how many people’s livelihoods during the darkest days of 2009 and 2010 were maintained by ARRA dollars (funding that has more or less come to an end now)?

In 2010, ARRA-funded weatherization employment increased from 10,666 full-time jobs in the first quarter to 15,415 in the fourth as weatherization programs ramped up their activity. ARRA-funded employment in the Health Center Integrated Services Development Initiative increased from 7,068 to 8,267 over the same period, ARRA-funded Community Services Block Grant jobs grew from 7,966 in Q1 to 18,431 in Q3 (the Q4 statistic for this particular program is missing), jobs in the homelessness prevention and rehousing program grew from 3,481 to 4,252, and so on. In addition to these ARRA jobs, accelerated medical reimbursements from Medicaid and Medicare created even more nonprofit employment.

Overall, total nonprofit-sector employment grew by 8.8 percent from 2009 to 2010 according to the MEPS survey. Breaking down the data in terms of nonprofit size reveals a lot of variation, however. Employment among nonprofit employers with 10 to 24 employees was up 3.6 percent. For organizations with 25 to 99 employees it was up 6.4 percent. Between 100 and 999 employees: up 1.9 percent. More than 1,000 employees: up an astounding 16.7 percent. But at nonprofits with fewer than 10 employees employment actually dropped 3.8 percent.

Although the data is presented by “firm” size, the survey is actually administered among “establishments.” An establishment is defined as “a specific workplace or business location,” while a “firm” is a “business entity consisting of one or more business establishments under common ownership or control.” Consequently, one firm could have several different establishments. Given that the survey sample is specifically constructed to make national estimates, the changes in the number of establishments in the survey do reveal something about the structure of both nonprofit and for-profit business entities in this recession.

But the AHRQ’s MEPS studies should help nonprofits and policy-makers recognize the economic importance of the nonprofit sector writ large. It’s more than what the sector absorbs and spends in the form of charitable giving and governmental grants and contracts—which is a significant though not huge portion of the nation’s Gross Domestic Product. It’s also that the nonprofit sector provides employment to millions of people. When debates occur within the Washington beltway over whether employers can afford to provide health insurance or the best methods of generating jobs in the American economy, policy-makers might benefit from looking at the AHRQ data to better appreciate the nonprofit sector as a significant and resilient provider of jobs and incomes.