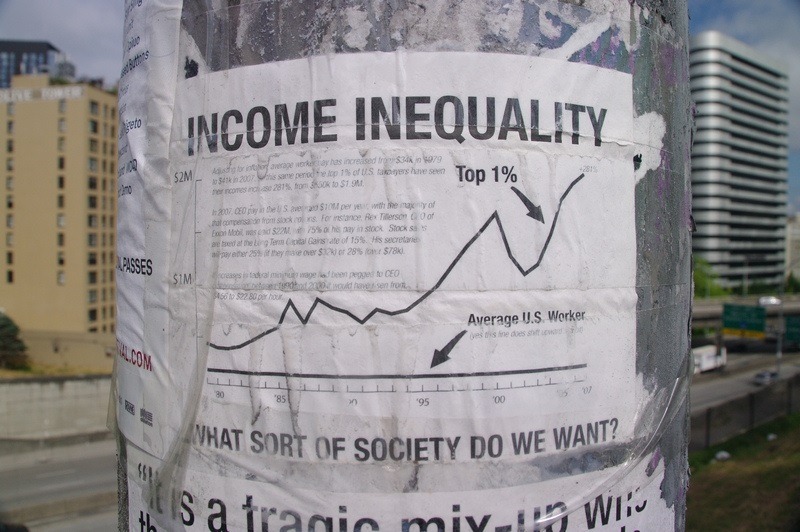 As NPQ Newswire readers remember, Walker has announced that the Ford Foundation’s top priority going forward will be reducing social and economic inequality, which he sees as “structurally embedded…in markets, political institutions, social attitudes, and cultural norms…not something…that can be addressed by traditional opportunity-opening grants,” as O’Connor puts it. She welcomes Walker’s appreciation of the structural dimensions of inequality, though she notes that “the analysis itself is hardly a revelation—echoing, as it does, what progressive activists and intellectuals have been saying and working-class people have been experiencing or decades.”

“More notable, to me,” O’Connor adds, “is the foundation’s at least implicit acknowledgement that current-day capitalism—and the political power lines and cultural narratives that prop it up—is a big part of the problem.”

O’Connor contends that Ford’s new strategy “cuts against recent trends in foundation philanthropy, which if anything has mirrored and reinforced the polarized patterns of capitalism by growing more concentrated in asset distribution, enamored of ideas such as ‘philanthrocapitalism,’ and overt in its efforts to capitalize on, rather than question the political economics that produced the fortunes of the global .01%–of which the Warren Buffett/Bill Gates billionaire ‘giving pledge’ and the hoopla over ‘social impact bonds’ are just two cases in point.”

That is one possibility, but there have been other statements from Ford in the past couple of years that don’t sound like the foundation is going to turn all that far against its capitalist roots and commitments, as the essays in a special issue of the Ford Forum implied. Just last year, the Ford Foundation was a key sponsor and supporter of the U.S. National Advisory Board on Impact Investing along with the hardly anti-capitalist Case Foundation, among others, and with Walker as a member of the NAB membership along with representatives of Morgan Stanley, the Rockefeller Foundation, Goldman Sachs, and Bloomberg LP.

Nonetheless, O’Connor sees the new Ford strategy as geared “even at its most innovative…to use its influence to ‘leverage’ markets for program purposes than to question the way the market system works,” though the NAB recommendations that Ford signed onto are market-leveraging visions (with appropriate regulatory relaxation from federal agencies). She suggests that with the “announced change of direction, and accompanying talk of structural and systemic-level intervention, Ford positions itself as a countervailing force to the direction capitalism has and continues to take in its late 20th/early 21st century period of neoliberal restructuring.”

Like the rest of the observers of Ford’s new direction, O’Connor notes that the proof of Ford’s strategy will be in the pudding:

“Just how the Ford Foundation is going to pursue its ambition to strike at the roots of inequality—and how willing to challenge the power of capital—at this point remains to be seen… Walker’s statements about ‘what’s ahead’ have thus far been deliberately non-committal when it comes to how this translates into practice, except to characterize Ford’s move as an ‘evolving’ strategy.”

O’Connor poses several questions about the potential extension of the Walker strategy beyond Ford’s grantmaking:

“Does the foundation intend to extend its grantmaking philosophy to its own investment, internal governing, and global employment practices? Will it be willing to fund organizing as a core, institution-building need rather than an afterthought? Will it be open to bringing class, in intersection with race, gender, and sexuality, more overtly and systematically into its analysis and programming—relinquishing what has long been an unspoken taboo in mainstream philanthropy? Will it break with tradition by engaging more directly with organized and organizing labor? Having acknowledged that it needs to change its own standard operating procedures, how far is the Ford Foundation willing to go?”

Other Ford-watchers like Erica Kohl-Arenas have raised similar questions about how Ford will make the transition from promising thoughts to on-the-ground implementation. Comparing Ford’s actual new grantmaking to the directions in the rather capitalism-leveraging reports and conclusions that Ford has supported, such as the NAB recommendations, or even issued, such as the very positive close-out report on the Ford Foundation Corporate Involvement Initiative titled “Part of the Solution: Leveraging Business and Markets for Low-Income People,” will be but one of the measures of whether the foundation is really “attacking inequality at its roots,” or simply tinkering at the margins.—Rick Cohen