Historic Bank Building Given to Two Nonprofits in N. Bennington 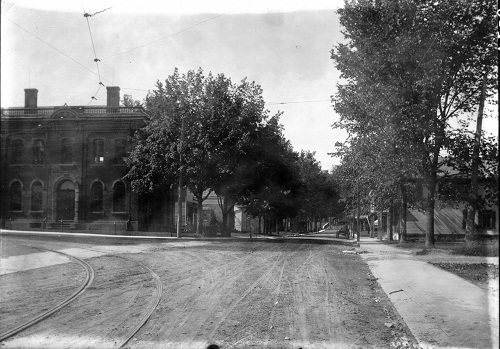 The Merchants Bank building has been a part of North Bennington since 1864. But the bank is consolidating its branches, so instead of selling the building, it decided to hand it over to two local nonprofits, The Fund for North Bennington and the Preservation Trust of Vermont. The building is appraised at $350,000.

Robert Woolmington of the Fund made the announcement. “We’re here this morning to announce that Merchants Bank has agreed to donate this very special building to the Fund for North Bennington and the Preservation Trust of Vermont. It’s an exceptionally generous gift.”

Merchants Bank CEO Michael R. Tuttle chimed in, “This is a little bit bittersweet for us to be deeding over the property here today. We know this has been a bank here in Bennington since 1864…In the end we’re a business. We need to make decisions that are indicative of customer preferences and where we think we need to take our business to keep it relevant and to keep it vital over time and that does dictate some changes.” The bank is not deserting the location entirely, however; they signed a lease to keep an ATM at the site.

Bank officials worked with the local community to determine what it should do with the building. Tuttle said, “We knew what we were going to do, but we also knew that this building was a very important piece of the community here. We wanted to make sure that we could find the right solution that could retain the character of the structure for the community. We had to figure out a way to make that happen.”

The two nonprofits are not yet sure to what use they will put the building. They plan to consult the community about its preferences, but the deed does restrict the groups from banking activities for least in the next three years. The building will remain a commercial space and on the tax rolls.—Ruth McCambridge