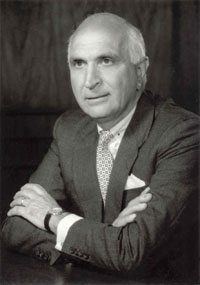 Poor Ken Langone—well, super rich Ken Langone—is sorry. Sorry, he says, that his “choice of words was inappropriate.” Did he utter a vulgarism with his mic inadvertently on? Did he mistakenly identify his firm as Lowe’s rather than Home Depot?

No, Langone’s inappropriate choice of words was his surprising characterization of populist Democratic political agendas. Expressing his hope that populist politics would ultimately fail, Langone said, “If you go back to 1933, with different words, this is what Hitler was saying in Germany. You don’t survive as a society if you encourage and thrive on envy or jealousy.”

Perhaps Langone’s inappropriately chosen word was “Hitler” or “1933” or “Germany,” or maybe a more accurate reason for apologizing might have been “inappropriate historical metaphor.” Langone was not much different in this instance than billionaire venture capitalist Tom Perkins who compared Occupy Wall Street activists’ “demonization” of the rich with Nazis carrying out the 1938 Kristallnacht against Germany’s Jews. Like Langone, Perkins eventually apologized for his inadvertent inclusion of Kristallnacht in his diversion into historical analysis, though he stood by his analysis and its meaning.

“My remarks were intended to discourage pitting one group against another group in a society,” Langone said in a statement issued earlier this week. “If my choice of words was inappropriate—and they well may have been that—I extend my profound apologies to anyone and everyone who I may have offended.”

Don’t you just love the “if” and “anyone…who I may have offended” language? Langone, like Perkins before him, compares rich people in the U.S. to Jews in Germany before the Holocaust and wonders “if…anyone…may have [been] offended.” You think?

Perhaps nonprofits were among those offended. Langone is a trustee of the Marcus Foundation, the family foundation of Bernie Marcus, the other founder of Home Depot; the Robin Hood Foundation, where he serves on the board with nonprofit lawyer and scholar Victoria Bjorklund, Harlem Children’s Zone founder Geoffrey Canada, Children’s Defense Fund president Marian Wright Edelman, actress Gwyneth Paltrow, and NBC Nightly News anchor Brian Williams, among others; and the Medal of Honor Foundation. Intriguingly, one would think that Langone might have had a little more sensitivity to the history of the Holocaust given the Marcus Foundation’s extensive grantmaking history to Jewish organizations in the U.S. and Israel, including over $1 million in grants to the United States Holocaust Memorial Museum plus several grants to Kennesaw State University’s Holocaust Education Program.

It would be silly and useless to ask nonprofits, including Jewish nonprofits, to turn back their grants from Langone-affiliated charities. It won’t happen. But it would be entirely appropriate for Langone’s philanthropic colleagues and charitable beneficiaries to repudiate his pathetic half-apology and denounce his equally pathetic concern for rich people feeling threatened by populist political rhetoric. If board member collegiality and access to grantmaking are sufficient to keep people quiet about Langone’s gaffe, that would be a sad state of affairs.—Rick Cohen