Honda Funds a Project to Save America’s Drive-In Theaters 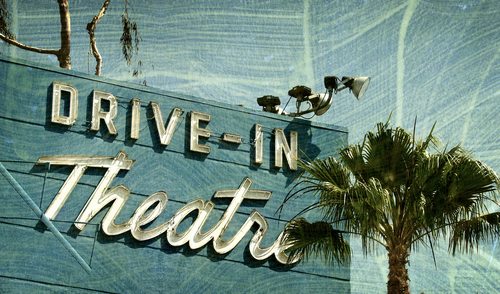 Ever since we started talking about the notion of sector agnosticism in grantmaking, we have tracked the odd projects that charitable gifts go to support. This one actually seems kinda cool, and it relates in a way to a Newswire story we did yesterday on the crowdfunding of local independent bookstores. As the movie industry moves to replace film entirely with digital screenings, many smaller movie theaters are struggling to find funding to replace their traditional 35-millimeter film projectors. Digital conversion has had a particularly bad effect on drive-in movie theaters, resulting in hundreds of theaters across America needing to contemplate closing down by the end of the year.

Drive-in movie theaters are one of the oldest cinema and family traditions in American history, especially in rural communities. American Honda Motor Co. has launched a project to help save these landmarks. Project Drive-In aims to draw attention to how the transfer to digital could lead to the extinction of the drive-in movie theatre. As stated on their website, “In less than 3 months, the majority of American drive-in theaters will face closure with the movie industry’s switch from film to digital.”

Here’s a video on Project Drive-In:

Honda is starting off their initiative by donating five digital projectors to their drive-in fund, asking for America’s vote on where these will go. Honda has also partnered with Sony Pictures to show free screenings of Cloudy With a Chance of Meatballs across the nation. Dates are yet to be announced for the Pop-Up Drive-In Tour.

One drive-in movie theater owner in the project video states that new equipment for such a large screen could cost up to $85,000, and it could take the theater ten to fifteen years to pay off such an investment. The project has also turned to crowdfunding on Indiegogo, hoping to raise $100,000 for the project, highlighting the fact that many drive-ins will face closure if they can’t afford to upgrade to digital projection by the last day of 2013.—Aine Creedon