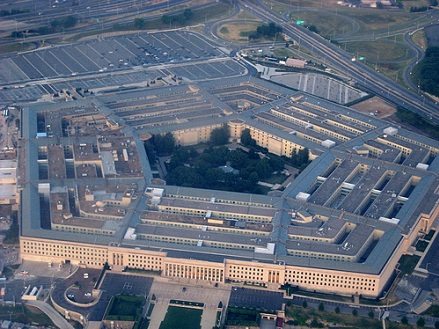 The massive documents that constitute federal budget plans are all but inscrutable to casual observers, but over time, items reveal themselves as important to anyone concerned about the future of federal funding for social programs. An important revelation about recent budget actions by House Republicans dealing with the impacts of the upcoming budget sequester is the match-up of cuts to social programs such as health care and Meals on Wheels in order “to protect the Pentagon from a crippling wave of budget cuts come January.” As you remember, the sequester is the automatic budget cuts that were to be the consequence if the supercommittee failed.

How might the Pentagon be crippled by federal budget cuts? We looked at the Stockholm International Peace Research Index (SIPRI) of military expenditures to compare the U.S. to other countries:

That constitutes a ton of money diverted from socially productive purposes toward less societally and globally desirable warfare expenditures. The House of Representatives is about to vote on several proposals meant to soften the budget cuts hitting the Pentagon, even though House Republicans know full well that the bloated military budget could suffer some fiscal liposuction without danger to the military’s overall health. But House Republicans and the Obama administration “warn (that the Pentagon) reductions would harm readiness and weapons procurement, and reduce troop levels.”

As Rep. Tom Price (R-Ga.) put it, “The last thing we want is those kinds of reductions in defense spending.” Rep. Buck McKeon (R-Calif.) has a proposal on the table that would undo the next round of planned military base closings and restore funding for the Global Hawk unmanned drone. To protect the fragile military, the Republicans cut elsewhere from discretionary government expenditures, including Medicaid, food stamps, the Social Services Block Grant, and, as AP notes, “a child tax credit claimed by working immigrants.” It must be easier for the House to worry about the Pentagon than about the cuts coming from programs that directly assist poor people.

Fortunately, the Senate doesn’t see the Pentagon as quite so desperate and will largely reject the House budget decisions. But the resulting stalemate will still stymie funding for programs that nonprofits—and the people in need that they serve—count on. Will Senate Democrats, particularly those in military industrial areas, hang tough to protect social programs over the Pentagon?—Rick Cohen