How Hobby Lobby and Harris Will Impact the Nonprofit World 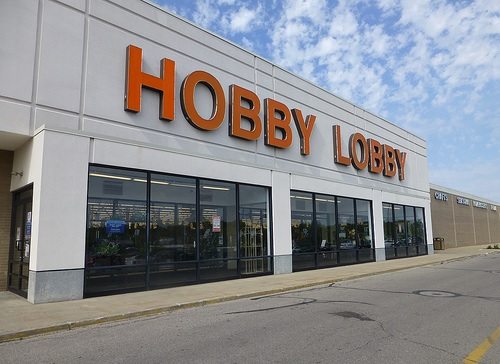 Monday was a tough day at the Supreme Court. Two SCOTUS decisions were announced that could have the effect of changing the landscape of infrastructure of social policy.

The issue isn’t whether the Hobby Lobby case undermines part of the Affordable Care Act. Immediately after the SCOTUS announcement, Congressional Democrats launched an effort to enact a fix for contraceptive coverage for people who work for private corporations run by owners with a restrictive religious bent. The issue underlying Harris v. Quinn could be written off as limited to the circumstance of independent contractors, as home health care workers in Illinois were, being converted to government employees due to state legislation.

Both decisions are much more fundamental in terms of modifying the structure of significant and influential institutions on the American political scene—with implications for nonprofits.

The 5-4 ruling in favor of Hobby Lobby, the privately owned arts and crafts store corporation whose evangelical Christian owners wanted an exemption from the ACA’s requirement of coverage for certain kinds of contraceptives, has been subject to much discussion about the health and women’s rights impacts of the decision. Commentators have extrapolated from the Hobby Lobby rationale to imagine other kinds of “religious” beliefs that might be suggested as potential ACA exemptions. For example, even Hillary Clinton weighed in to aver that some people, based on their religious beliefs, don’t believe in blood transfusions. If they were in the “closely held” position of the Green family that owns Hobby Lobby, they could argue against ACA coverage of blood transfusions for their employees. Other owners might oppose for religious reasons vaccinations or even healthcare treatment in general. Employers comparable to Hobby Lobby could use a religious veto on the healthcare coverage of their employees.

It doesn’t matter that there is credible science that the contraceptives that Hobby Lobby opposes (the “morning after” pill, the “week after” pill, and two forms of IUD) are not instruments of abortion. The Court has basically ruled that the owners of for-profit corporations can impose their religious beliefs on their employees who may not share those beliefs.

The import of the decision, however, isn’t simply that the court narrowed the coverage of the Affordable Care Act based on religious beliefs. It is in the concept of corporations having person-like beliefs.

The court ruled that a “closely held” corporation can have deep religious beliefs that trump the beliefs and rights of corporate employees who are simply working for a living without any aspect of religion entering the picture. Filling out a job application for Hobby Lobby is for most people far different than applying for a job in a Catholic or evangelical religious entity. The court has ruled that the owners of closely held corporations get the same sort of protection as an explicitly religious nonprofit—in this case, religious beliefs attributed to a secular structure, a business corporation.

What is a closely held corporation? Commentators may have missed that this isn’t simply a question of an individual or family owning a small business so that the owner and the business are virtually interchangeable. A closely held corporation has a limited number of shareholders, generally five or fewer individuals owning half or more of the firm’s stock. Mediaite identifies other closely held corporations that could be next in line to follow Hobby Lobby given the known religious beliefs of their owners: Atlas Machine and Supply in Louisville, owned by an evangelical Christian, known for his position against certain kinds of contraceptives; the Hastings Automotive and Hastings Chrysler automotive dealerships in Minnesota, whose owner is said to be “eager” to halt insurance coverage of certain contraceptives; O’Brien Industrial Holdings LLC in St. Louis; and Weingartz Inc. in Michigan.

But such privately held corporations aren’t just small, unknown companies. A Forbes listing of such corporations included many well-known entities: