How Many Nonprofits Are There?: What the IRS’s Nonprofit Automatic Revocation and 1023-EZ Processes Left Behind

This article comes from the summer 2018 issue of the Nonprofit Quarterly, “Nonprofits as Engines of a More Equitable Economy.”

From the middle of 2010 to the end of 2017, the IRS revoked the tax-exempt recognition of more than 760,000 nonprofit organizations for failing to file Form 990 returns.1 More recently, it has implemented the 1023-EZ process, which makes applying for federal tax-exempt status easier. What effect have these changes had on the numbers of nonprofits in our sector? Are there marked differences in trends vis-à-vis 501(c)(3)s and 501(c)(4)s?

This first-of-its-kind analysis is informed by two key data sources. The first is the Internal Revenue Service Data Book, the annual compendium of IRS statistics published since 1863—specifically, the data contained in Tables 24, 24a, and 25 of the Data Books from 2007 through 2017.2 The second data source is the IRS’s automatic revocation data, downloaded from the IRS website.3 A single ASCII file contains all automatic revocations made since 2010. The IRS updates the bulk file monthly. The version used for this analysis was downloaded in January 2018, and included data for the 2010–2017 fiscal years.

Before 2011, it was impossible to get a sense of the true numbers of federally tax-exempt nonprofits in the United States; this is because there were so many listed nonprofits that never reported to the IRS—either because they were legitimately too small to have to report, or they were defunct, or they were sloppy. No one really knew how many belonged in which category. The Pension Protection Act of 2006, however, changed the reporting requirements by including a provision that requires the IRS to revoke the tax-exempt recognition of any nonprofit that fails to file an annual Form 990 return with the IRS for three consecutive years.4 The IRS was charged with organizing itself to send a written notice of revocation to the last-known address for each nonreporting nonprofit, with revocation happening after the 990 filing deadline passes for the third consecutive year of noncompliance.

The timeline set in place by the 2006 law provided that automatic revocations would begin on May 15, 2010. Using that timeline, almost 400,000 nonprofits—more than 60 percent of them 501(c)(3) charities—were slated to have their exemptions revoked.5 However, the IRS delayed implementation of the revocations from October 15, 2010 (just after the start of the 2011 fiscal year), until the summer of 2011 (the last quarter of the 2011 fiscal year), to make sure that more nonprofits were aware of the law and of their requirement to file.

Many very small nonprofits that had not been required to file a Form 990 or Form 990-EZ in the past were particularly unaware of the new Form 990-N, known as the “postcard” return. The Form 990-N is an electronic form that requires a nonprofit not required to file a 990 or 990-EZ to provide annual updates to basic contact information for the organization. Thus, these smaller groups were at risk of being surprised by the action. To prevent that, the IRS, national infrastructure groups, and the media did broad outreach amplifying the new requirement.

The IRS’s implementation delay gave many organizations the opportunity to bring their filings up to date, but a review of the IRS’s automatic revocation database shows that the FY 2010 and 2011 revocations still affected more than 450,000 nonprofits,6 including 275,000 501(c)(3) public charities and private foundations.7

The IRS posts a list of all automatic revocations to its website, both in a bulk download option and as part of its newly revised “Tax Exempt Organization Search” service, which provides access to basic information about all tax-exempt organizations.8 (The file contains information on automatic revocations only; it does not include any organizations that had their exemption revoked as a result of a review of activities and either an administrative determination by IRS staff or determination by a court.)

The automatic revocation dataset is very simple, containing twelve fields, only four of which are required, as can be seen in the IRS table at top.9 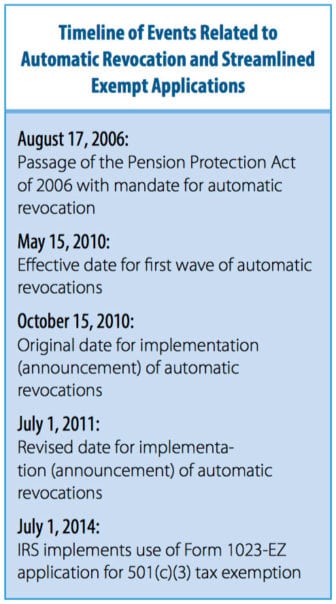 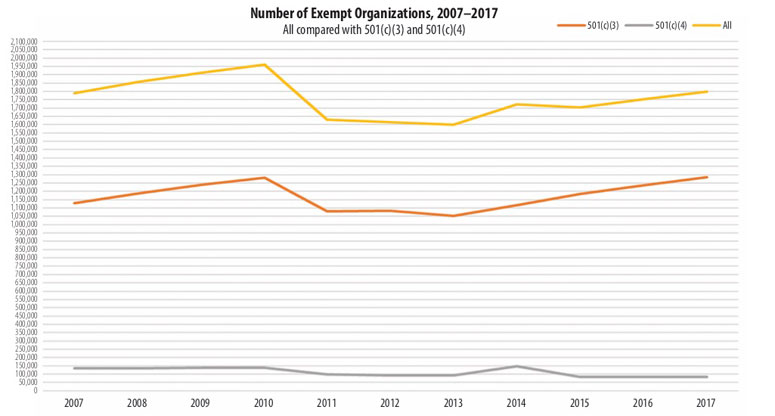 Chart 1 shows each year’s total of all 501(c) organizations and the corresponding totals of 501(c)(3) and 501(c)(4) organizations that are included in the reported total.

One key finding in reviewing the database is that 501(c)(3) organizations have had their tax exemptions automatically revoked at a lower rate than would be expected, given their premier place among 501(c) tax-exempt groups.

In that seven-year period, as mentioned above, automatic revocations of 501(c)(3)s averaged just under 60 percent of the total, and only approached 70 percent in one year (2015). Automatic revocations made prior to July 2011 (beginning in May 2010) were first publicly posted by the IRS in June 2011. Fiscal year 2011 announcements included 390,168 revocations, including almost 250,000 501(c)(3) private foundations and public charities. This was to be expected, as many long-dormant groups were identified in the first wave of automatic revocations.13 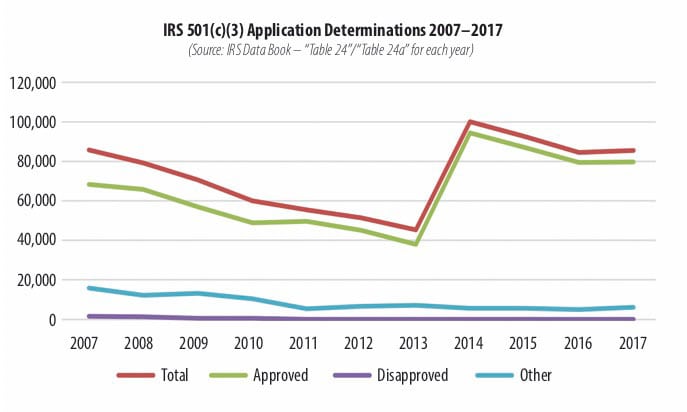 Chart 2 shows annual applications for 501(c)(3) tax exemption received by the IRS and how they were processed, based on Table 24a of the IRS Data Books.

Nonprofits that have had their tax exemption automatically revoked have the opportunity to apply for reinstatement. For the years 2010 through 2017, 13 percent of all automatically revoked nonprofits have been reinstated by the IRS, totaling just over 98,000 organizations. Typically, the IRS has restored these organizations’ exemptions from the dates they were revoked, so that there is no gap in their record of exemption. However, about one-third of the reinstated organizations have a reported gap during which time they were not tax exempt. The reported gap between revocation date and reinstatement date varies from a couple of months to more than three years.19 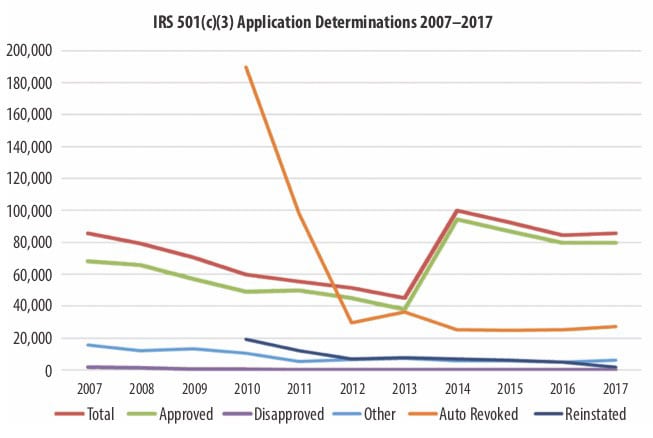 Chart 3 adds to the previous chart depicting handling of new applications for 501(c)(3) tax exemption by including automatic revocation and reinstatement data for 2010–2017.21 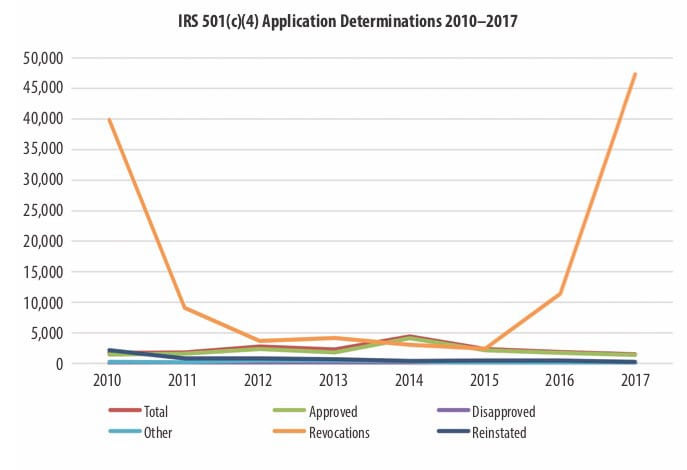 It should also be noted that, until recently, new 501(c)(4) groups were not required to apply for tax exemption or otherwise notify the IRS of their formation until their first Form 990 was due to be filed. However, beginning in 2016, new 501(c)(4) groups are now required to file Form 8976—a “Notice of Intent to Operate”—with the IRS within sixty days of formation.28 In 2017, the IRS acknowledged 1,908 forms and rejected 474 for purely technical reasons unrelated to a judgment about their proposed activities.29

We now have several years of data on IRS automatic revocations covering almost 800,000 organizations. A few trends can be identified:

In future years, the Internal Revenue Service Data Book may be redesigned in such a way as to allow for inclusion of automatic revocation information as a distinct dataset of interest. In the meantime, the bulk download of the Excel spreadsheet and searching the IRS website provide the opportunity for researchers and others to examine and interpret information about tens of thousands of nonprofits each year that lose tax exemption without human interaction or determination. 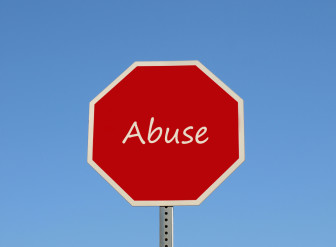