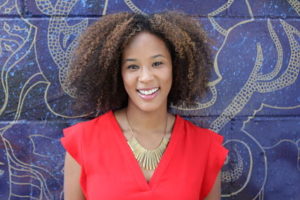 Sometimes philanthropists — even the most well-intentioned ones — can “capture” the social movements they fund and then steer grassroots organizations and activists away from their original missions.

We explore this phenomenon of “movement capture” by looking at one of the most celebrated achievements of the civil rights movement: the 1954 Supreme Court decision declaring racial segregation in public schools unconstitutional. The plaintiffs in the historic Brown v. Board of Education case were represented by the NAACP, which had been supported financially over the years by the politically progressive Garland Fund.

“It was a story—the celebratory story—about a foundation and a black civil rights organization that basically combined forces and were able to change the very framework of Jim Crow as it relates to education, and therefore changed the trajectory of civil rights history in this country,” Megan Ming Francis tells us. “I like that story. And I think a lot of us like that story.”

But the associate professor of political science at the University of Washington says the narrative is not accurate. Francis lays out her case in a recent paper published in the Law and Society Review, entitled “The Price of Civil Rights: Black Lives, White Funding, and Movement Capture,” which dissects the 20th century relationship between the NAACP and its patron, the Garland Fund. Francis critiques the longstanding, celebratory narrative about the collaborative relationship between the two organizations.

“I basically uncovered a different narrative,” Francis explains. “The narrative that I disrupt is the traditional narrative about the education desegregation campaign being a collaborative effort between the NAACP and the Garland Fund. It was a bit more fraught than what we have thought it to be,” she explains.

Instead, Francis unearths a more complicated narrative, which emerged after she spent time poring through the archives of the NAACP and the Garland Fund. As Francis conducted her research, a question kept arising in her mind about competing historical narratives. “Why do two sets of researchers look at the same things and interpret them differently?” she asked.

To find answers, Francis focused on the way that scholars selectively approach primary source material. “In my research, what I decided to do was to very much privilege and take seriously the words and the protestations of the Black NAACP leaders,” she explains. “What some researchers had done in the past was to privilege the narrative coming out of the Garland Fund.” By centering Black voices, Francis concludes that the NAACP leadership “were not fully comfortable about the interaction with the Garland Fund.”

Even so, Francis says NAACP leaders decided to take up the mantle of educational equity, which, while vitally important, was a priority of their funder. Francis says the NAACP’s main focus at the time was supporting anti-lynching legislation and fighting mob violence against Blacks.

The fact that this remains a deeply troubling issue nearly a century later is not lost on Francis. “What I think is interesting is that racial violence, law enforcement violence, as well as private racialized violence against African Americans has hit national headlines,” she says. “And people have taken to streets across the country in the last seven years and have argued that this is a civil rights issue that our country needs to actually attend to.”

Francis plans to continue to attend to this issue in her own research by exploring the relationships between Black Lives Matter activists and their funders.

“I’m worried and I’m interested at the same time,” she explains. “I’m not sure what will happen in two years, in five years, and in ten years in terms of the relationship between these activists and these funders. I’m not sure if a process of movement capture will happen. I’m probably most concerned about the subverting or the cooptation of activists’ goals and visions about how to fight and secure freedom in the contemporary moment.”