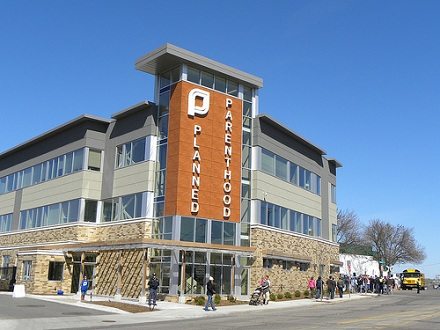 The Coalition on Abortion/Breast Cancer has released a press statement that is particularly outrageous and is a great testament as to why the hiring of vice presidents in charge of policy should be done very carefully. The Coalition on Abortion/Breast Cancer is helping Karen Handel, formerly the vice president of policy for Susan G. Komen for the Cure and now the author of Planned Bullyhood, to publicize her book. Handel obviously targets an audience of conspiracy theorists willing to believe that the Obama administration was somehow using the Komen/Planned Parenthood situation to create political smokescreen for the employment troubles women were having in a bad jobs market by —wait for it—“concoct[ing] the ‘trumped up’ war on women to distract the public…”

Never mind the invasive ultrasound probes, images of pure women able to stop a sperm with a forcible shut down of the “system” in question, distinctions between legitimate/forcible rape and all the rest of that lady-related stuff. Meanwhile, Komen keeps hoping all of this will just move along.

According to this article, Komen says that it has “received public backing for the decision” to reinstate the funding to Planned Parenthood. Andrea Rader, spokesperson for the foundation, added, “The further away we get from the situation in January, the more they are coming back to us…We reversed this decision, we have apologized for this and we have moved on.”

Concludes the Coalition on Abortion/Breast Cancer, “The Komen-Planned Parenthood debacle provides a lesson for all corporate and nonprofit leaders who are considering giving Planned Parenthood grants. Like the mafia, once you’re in, you are expected to continue paying for life.”

There is indeed a lesson or two in this situation but maybe not that one. –Ruth McCambridge