How Political Will Catholic Bishops Get in Election Year? 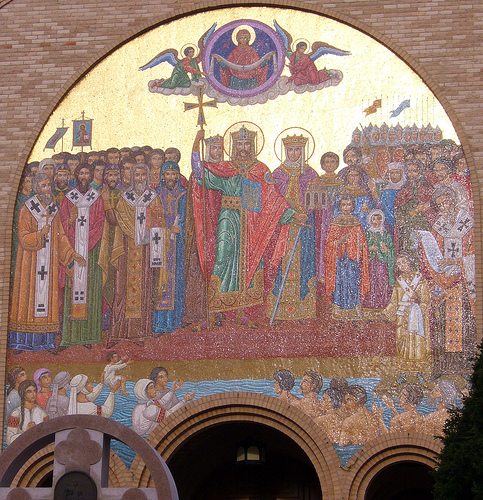 Is the Catholic Church taking to the political arena in violation of its religious tax-exemption, which prohibits churches from engaging in partisan politics? Melinda Henneberger, the “She the People” columnist for the Washington Post, wonders whether the “Fortnight for Freedom” campaign of the U.S. Conference of Catholic Bishops, scheduled for June 21st through July 4th during a presidential election year, gets close to going over the line of partisan political activity.

Is the bishops’ target simply to overturn the contraception component of the Affordable Care Act or is it to overturn President Obama? If the Catholic Bishops are choosing to campaign against President Obama, that could constitute a dicey legal proposition. The president’s health care reform act, sometimes called “Obamacare,” may be his administration’s most historic and society-changing policy victory, and will go into effect as scheduled in August unless overturned by the courts or nixed by the administration.

Henneberger is not deaf to the bishops’ complaint about the Obama policy, suggesting that the administration might have made its definition of a religious organization that would be exempted from the contraception requirement a bit too narrow and restrictive. But she suggests that some within the Catholic Church know that they are starting to veer pretty partisan in a presidential election year.

Officially, the bishops are telling the public that their campaigns against the contraceptive mandate stem from religious belief, not partisan political engagement. They say they are simply standing up to a policy that they believe violates the tenets of their religion. Talking about the lawsuits filed by over 40 Catholic dioceses and other institutions, Pittsburgh Bishop David A. Zubik wrote in USA Today, “We did not pick this fight nor this timing during a presidential election year. The government chose to impose this on us now…In fact, the lawsuits take the issue out of partisan politics and place it before courts that exist to protect our constitutional freedoms. These lawsuits ask that religious freedoms be recognized and respected as they were before the mandate.”

But the Catholic “Fortnight” campaign involves a lot more than lawsuits. The campaign manifesto, “Our First, Most Cherished Liberty,” looks, even to some sympathetic Catholic observers, as “too easily read and used as the bishops’ contribution to the Republican election year frame of the administrations (sic) ‘War on Religion.’”

Catholic Bishops know politics. As Henneberger and others point out, there is a strong political history to the Catholic Church, internally and externally. It knows elections, too. Witness the political deal-making and negotiating that occurs during the elections of a new pope by the College of Cardinals. But in this case, the bishops’ legitimate concerns about the administration’s mandate may well be manipulated into tacit support for partisan electoral activities during a presidential election year. If that occurs—or if it is occurring already, when that escalates—will the bishops tell the politicians to keep their hands off their “Statement on Religious Liberty” (the subtitle of the “Fortnight” manifesto) or will they allow their concerns to become a partisan political exercise?—Rick Cohen