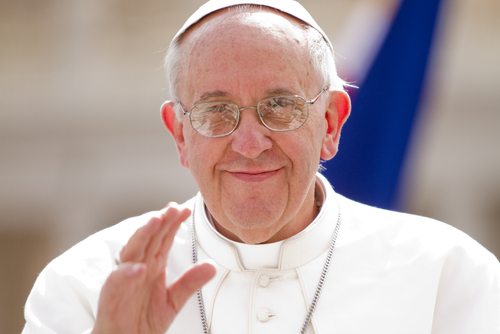 NPQ has reported about the process the Catholic Church is pursuing under Pope Francis to examine church doctrine related to the family. Last month’s 2014 Synod on the Family, the most recent step in the process, was a semi-public event with the release of a draft report that alluded to far more change in current policy than the final report ultimately included. The process raised many questions and exposed a difference of opinion among church leaders about many subjects, including the role of divorced Catholics and what the Church’s relationship with homosexual Catholics should be.

Last week, Pope Francis gave an extended interview to the Argentinean newspaper La Nación. During the interview, he stressed his role as the moderator in the Church dialogues he has supported and encouraged. While welcoming the dialogue and seeing passionate discourse as healthy, Pope Francis was equally clear in stating that discussion and doctrinal change are two very different things. “Resistance is now evident. And that is a good sign for me. Resistance means different points of view, not something dirty.”

“The Pope is the ultimate guarantor” of the “walk” the Synod represents, according to Francis. For example, Pope Francis was adamant that “the doctrine of the Church on marriage was not addressed at all,” meaning that the subjects of gay marriage, treatment of cohabitation, and other nontraditional forms of family were never considered by the bishops at the synod. He agrees with those who believe that excluding divorced Catholics from full participation in the Church submits them to de facto excommunication, which needs to be addressed.

Pope Francis reiterated a recurring theme, that many problems the Church has in dealing with Catholics are based on the Church’s over-reliance on “clericalism” (leading with dogma and warnings) rather than adopting a more tolerant, welcoming stance (leading with engagement). Rather than discussing sheep straying from the fold or “dropping out” of their participation in the Church, Francis says:

“I like to use the image of the field hospital: Some people are very much injured and are waiting for us to heal their wounds, they are injured for a thousand reasons. We must reach out to them and heal their wounds.”

It’s unclear how many Catholics would welcome their disagreements with doctrine, whether related to homosexuality, cohabitation, divorce, or other issues, being seen as “wounds” to be treated and healed by the Church. Francis’s approach, however, encourages the Church to deal with people as they find them, rather than making a pledge of doctrinal obedience a precondition to engagement.

The move from clericalism to engagement is upsetting to some traditional leaders, who see it as signaling a weakening of dogma, while some reformers might misinterpret the move away from clericalism as a sign of the inevitability of dogmatic change—exactly what the traditionalists fear. Pope Francis’s challenge of managing expectations among differing church leaders will continue to be played out in public, over (by contemporary standards) a long period of time.—Michael Wyland