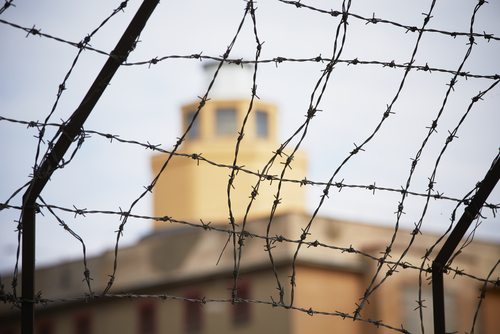 CHALLENGE: How can a small, 100-year-old organization maintain its relevance?

The John Howard Association of Illinois is a 100-year-old nonpartisan watchdog organization working to reform the criminal justice system. John Howard is one of only three nonprofits nationally provided with access to state prisons to provide independent oversight and monitoring. Every year, they field between three and four thousand letters and phone calls from inmates’ families concerned with prison conditions.

Like many nonprofits, John Howard’s growth and direction has been driven by its grants. The organization’s small but growing $300,000 budget supported multiple projects focused on juvenile justice, prison monitoring, and recidivism reduction. All of its programs were siloed, a reality of being grants-driven. According to John Maki, its immediate past executive director, “Our structure felt really unwieldy, for a small organization, but we were a bit captive to old traditions and we had grant obligations to fulfill.”

In 2010, the organization began to question the relevancy of its long-standing methods of quietly producing compelling reports. It was this questioning of its relevancy that led the organization to hire John Maki in 2010 to become its new executive director.

John was a lawyer who had never run a nonprofit, but he knew the two key things that nonprofits need to do to be successful: 1) know their value and 2) communicate it to decision-makers. Building on that knowledge, John did three key things that would transform the impact of the organization and which characterize AdvocacyForward leadership—leaders who understand and are committed to the power of advocacy.

“We don’t have authority, so we can’t make people do anything. We do however, have the opportunity with our [report] findings to influence stakeholders including inmates, prison staff, legislators, media and the Executive Branch.”—John Maki, former executive director, John Howard Association of Illinois

SOLUTION: By knowing its value and more intentionally leveraging it to support advocacy, an established nonprofit engages a wider, more diverse group of stakeholders and evolves into a new, dynamic organization.

The second and third things John did to lead with advocacy need to be viewed in tandem. He began identifying opportunities to slowly embrace more risk by engaging in legislative advocacy and confronting the opposition through the media. Embracing risk is a key element of AdvocacyForward organizations. He was able to do this more confidently and with improved odds of success because of a third key AdvocacyForward principle he applied—he began to align the program work, the “quiet policy reports,” with the public-facing advocacy.

In late 2009, Governor Pat Quinn of Illinois decided to reverse a campaign promise and suspend a statutorily constructed sentence reduction program called “Meritorious Good Time.” This policy change caused the prison population of Illinois to jump ten percent in one year from 45,000 to 49,000, adding untold costs to an already cash-strapped state.

“A lot of advocacy is more opportunistic. A lot of it you can’t control. It’s important to understand and intuit what you can control because this is your power. Our biggest legislative victories weren’t planned for. And this is a key point. It is both the challenge and excitement of policy advocacy.”—John Maki

In response to the governor’s backpedaling, John decided to draft and introduce alternative legislation that aligned with recommendations made in their reports as well as best practices from around the country. It was an election year, and the media was paying close attention to any evidence showing how Illinois stacked up nationally on both counts. In addition, there was the threat of a judicial mandate from the courts because the Supreme Court of the United State had recently declared California prisons were unconstitutionally crowded. The bill passed.

A second catalyzing opportunity arose in early 2013. In response to the tragic shooting death of Hadiya Pendleton, a young teen who had just performed at the swearing-in ceremony of President Obama, Chicago mayor Rahm Emanuel and the Cook County state’s attorney introduced legislation in Springfield to significantly increase the mandatory minimum jail sentence for first-time offenders caught carrying a gun without a license. According to John, it was a “classic ‘tough on crime’ story—she was murdered because we don’t have tough enough prison sentences.”

John and many others were certain the bill would pass, in part because there was a huge media push with national coverage. John testified against it, although he had no real hopes of killing the bill. The National Rifle Association and John Howard Association became unlikely allies, the only witnesses testifying against it on the basis that it would be ineffective, costly, and create a bigger problem through overcrowding. For numerous reasons, a bill that should have passed quickly out of committee did not. John was able to use the delay to begin building a bipartisan coalition against the bill. When it came up during veto session, it didn’t make it to the floor. It had gone from being a popular bill to a toxic bill.

RESULT: Advocacy becomes a catalyst for expanding influence and receiving a highly coveted MacArthur award for Creative and Effective Institution.

By the end of the second legislative session in 2013, John Howard had gone from being a small virtually unknown nonprofit three years prior to being seen as a leading prison reform advocate. What had begun as a hopeless cause turned into an opportunity to educate the media, the general assembly, and the Governor and raise the level of discourse around incarceration. John started working with the bill’s major sponsor and brought in national experts on gun violence and prison overcrowding. In 2014, the Illinois House of Representatives created the first Bicameral Prison Reform Committee. The policy debate and media conversations had shifted away from demanding more imprisonment to acknowledging Illinois prisons were overcrowded and different solutions should be pursued.

From this process, several major lessons emerged. First, there’s power for advocates in being able to slow things down and have a more thoughtful discussion, both behind closed doors and in the media. John acknowledged, “While trying to put the best solution forward for everyone can be painful, we are at our best in a ‘shades of gray’ conversation. It’s about process, small-‘d’ democracy.”

A related lesson: Legislative advocacy works best when the two opposing sides get closer. As John noted, “If you aren’t going to be useful, you’re not relevant. When you’re talking to opponent, that’s a good sign. You want to be useful to your opponent. You’re never fully in control of the environment. It’s acknowledging that while recognizing the kind of power you do have.”

Another trap that can stymie or impede policy advocacy, particularly in the justice arena, is succumbing to a “cult of experts” mindset, which is often accompanied by the idea that it takes tons of resources and firmly set ideology to establish credibility. John is adamant that experience is more critical than expertise:

“When we were cash-strapped, it felt like, ‘We have to do something.’ Advocacy is a game with rules and boundaries, and everyone has a role to play and creative people can bend the rules. At the end of the day you need to marry these two seemingly contradictory skill sets: belief in mission and a willingness to compromise and be pragmatic. The ones who do it well can do both.”—John Maki

As the organization’s advocacy work produced results, it began to attract more foundation support. In five years, the budget doubled from $300,000 to $600,000. In February 2015, John Howard was named as one of only nine nonprofits nationally to be awarded the MacArthur Foundation’s coveted “Creative and Effective” awards.

“We are evolving from a very scrappy place, struggling to survive, to one now able to fight above our weight class. To become that larger, more powerful organization—to go from a more desperate mindset to a more sustainable one, required hungry opportunism.”—John Maki

The path to obtaining funds to invest in advocacy capacity is seldom easy for nonprofits. It can require trying multiple approaches and being willing to risk failure to prove your value.

Laurel O’Sullivan, J.D. is the principal and founder of the Advocacy Collaborative, LLC. Laurel serves on the Social Service Advisory Council for the Illinois Department of Human Services and the board of the Young Center for Immigrant Children at the University of Chicago and the Forum for Regional Associations of Grantmakers.