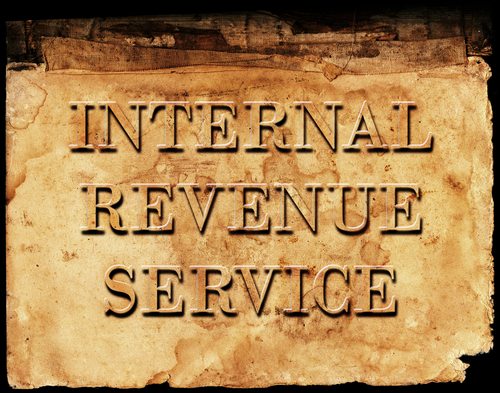 It isn’t hard to be exasperated with the never-ending Lois Lerner story. Congressional Republicans like Darrell Issa (R-CA) and Dave Camp (R-MI) have been focused on what Lerner, the former director of tax-exempt organizations at the IRS, knew and didn’t know and how close that information that might creep toward the Obama White House. Congressional Democrats such as Elijah Cummings (D-MD) seem to be at wits’ end with the nearly day-to-day drip of investigations that seem to be focused on minutia rather than the systemic issues revealed by Lerner’s activities.

Issa and Cummings frequently face off over these issues with increasing acrimony as the chair and ranking member of the House Committee on Oversight and Governmental Reform, but that is where the problem and the solution ultimately lie: What kind of real governmental reform needs to be pursued to make sure that some remarkably bad procedures that to our minds must have preceded the Tea Party application timetable get rectified?

The recent investigations have focused on what could be obtained from Lerner’s emails about what she might have been doing leading up to and during the IRS reviews of the Tea Party-related applications. Unless Politico misreported this situation, apparently Lerner and others had a certain storage capacity for emails on their office computers at the Service. When that storage capacity was reached, according to Politico, staff “had to make room by either deleting emails or archiving them on their personal computers.” Apparently, a critical swath of emails to and from Lerner were lost due to a hard drive crash on her personal computer.

Take a look at that paragraph again. If your inbox at the IRS reached its limit, you might have been allowed to move work-related emails from the office computer to your personal laptop. Some of the emails might have been conversations about lunch dates at McCormick and Schmick’s on K Street or who had tickets that evening for a baseball game at Nationals Park, but among them might have been important information about taxpayers, individual or institutional. Who was assigned to sift through to determine whether those personal emails could or should be moved to an employee’s personal computer? How could a tax agency allow office emails to be essentially downloaded to one’s personal computer?

Our sources tell us that the office inbox limit has never been clear. Politico says that the IRS told Congress that IRS computers had an email limit of around 1,800 prior to July 2011, but now can hold about 6,000. That’s irrelevant. To allow official tax conversations conducted on email to be transferred to personal computers is a very dubious policy. Again, our sources tell us that if that policy was allowed—and they didn’t know that it was—they would never have done it, because of the confidentiality of the information involved.

We’ll guess that most of Lerner’s emails could be recovered through recipients’ sources or even from the crashed hard drive. [As this writer discovered in a complete, virus-induced hard drive crash, there are ways of recovering what might seem to be lost and destroyed emails]. But transferring tax-related emails to one’s personal computers is as questionable a policy as one can imagine, if one considers it a policy at all as opposed to simply an unexamined, surprisingly lax administrative practice. After all of the Lerner issues, perhaps Issa and Cummings might undertake the review of IRS procedures—revealed by the Lerner controversy, but raising fundamental questions of the management of the Service—to make sure that it operates as a tax agency should.

We hear that people in the Service are tired of the Lerner investigation because it focuses on the search for political scandal as opposed to what should be done—correcting the way the IRS operates and funding it so that it has the resources, human and otherwise, to do the jobs it has been assigned to do.

Remember further that both the Lerner issue and the recent proposed IRS regulations on political activities involve questions of the nation’s tax agency dealing with non-tax issues, questions of the definitions and limits of political behavior rather than the administration of tax law. Disliked by many because it is the agency of tax collectors, somehow the IRS is in the position of being the arbiter of political behavior, as in the 501(c)(4) reviews, and more recently now the implementer or arbiter of a number of provisions of the Affordable Care Act, including the standards of Community Health Needs Assessments mandated for charitable hospitals. If Issa’s committee were functioning as something other than a political attack dog, it would be examining what has happened to the IRS over the years, including functions that may have ended in the Service’s lap for reasons of expediency or politics that simply distract the IRS from what it should be doing.

It’s time for nonprofit leaders to demand something more important from Congress than a judgment on Lerner. It’s time for Congress—the House Committee led by Issa and its Senate counterpart, Homeland Security and Governmental Affairs, led by Senator Thomas R. Carper (D-DE)—to examine how the IRS functions vis-à-vis nonprofit organizations and other aspects of critical oversight, how it has apparently functioned for years, what should be on its plate and what shouldn’t be, and how to make the IRS—and for us, its roles in oversight of tax exempt organizations—function better, appropriately, and competently.—Rick Cohen