Hunger at School Does Not End at College Admission 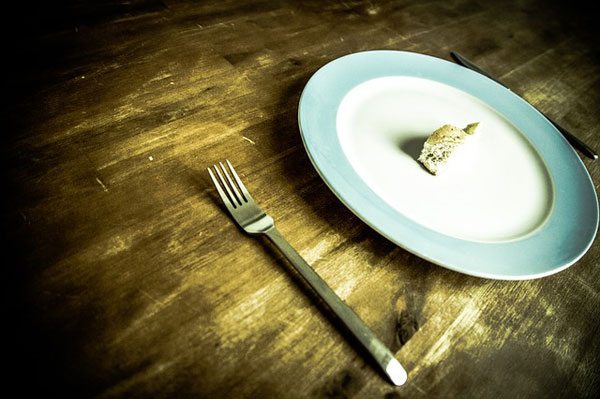 No longer an intellectual club for the elite, higher education in the United States has seen an uptick in low-income student admission rates. However, the college experience of low-income students looks vastly different than that of their wealthier counterparts. Widespread yet often overlooked, the plight of the low-income college student is startling given the amount of wealth passed through universities. It’s not uncommon to hear that low-income students are skipping meals, unsure of where they will sleep, and dropping out at rates far higher than their wealthier counterparts. While some nonprofits have stepped in, many are calling upon the federal government to create standards for public colleges and universities. which will take the needs of low-income student into account.

Researchers at Temple University surveyed 43,000 students at 66 colleges and universities and found that 36 percent of those students do not have enough to eat, based on the US Department of Agriculture (USDA) definition of hunger. A combination of rising costs (including tuition, books and housing) and inadequate financial aid puts low-income students at risk. While many campuses turn a blind eye to their students’ hunger, others have conducted their own surveys to determine how many of their students suffer from food insecurity. In these surveys, 35 percent of respondents from four Illinois state schools reported being food insecure. At the University of California, 40 percent of students reported being food insecure. Due to strict employment standards for Supplemental Nutrition Assistance Program (SNAP) eligibility, college students are rarely approved to receive food stamps. According to the USDA, “Most able-bodied students ages 18 through 49 who are enrolled in college or other institutions of higher education at least half time are not eligible for SNAP benefits.”

The Temple University survey also found that 46 percent of community college students and 36 percent of university students struggle to pay for housing. With the 2013–2014 average cost of room and board priced just under $10,000, it is often less expensive for a student to rent a room in an apartment off campus. However, financial aid doesn’t typically cover off-campus housing, so it becomes necessary for an off-campus student to get a job to pay for that apartment. To add to the pressure, competition for low wage jobs has increased.

When students have to spend so much of their time scrounging for work, food, and housing, they devote less of their time to classes. The inability to juggle the various problems associated with poverty leaves many low-income students far behind their wealthier counterparts. As such, dropout rates among low-income students are dangerously high. In the past, NPQ has addressed the issue of high dropout rates among low-income college students. In a University of Michigan study focusing on students who were born in the early 1980s, researchers found that 54 percent of students from wealthy families obtained bachelor’s degrees, but only nine percent of low-income students graduated. According to a study conducted by the Georgetown University Center on Education and Workforce (CEW), not only have fewer than one in ten students from the bottom quartile of family income finished college, but such a wide disparity between the graduation rates of low and high-income families has largely steered the economy toward the income inequality that we see today.

Colleges and nonprofits alike have attempted to implement creative solutions for financially strapped students. George Washington University, in an effort to combat student hunger, opened up a discreet food pantry behind an unmarked door on campus. The College and University Food Bank Alliance, co-founded by the Michigan State Student Food Bank and the Oregon State University Food Pantry, provides support, training, and resources for campus food banks and pantries that primarily serve students. Federal policy could make a difference too. CEW published The 20% Solution, a plan in which “at least 20 percent of every college and university student body in the United States [is] required to be Pell Grant recipients.” If such a rule existed, “more than half of the open seats would be at the nation’s most selective colleges,” which often boast significantly higher graduation rates than less selective four-year colleges. It is up to the nation’s universities to invest in, welcome and accommodate low-income students, not just for the benefit of the economy, but to build a society that is truly open to the talents of all.—Chelsea Reichert