Hunger Persists in the Shadow of Abundance 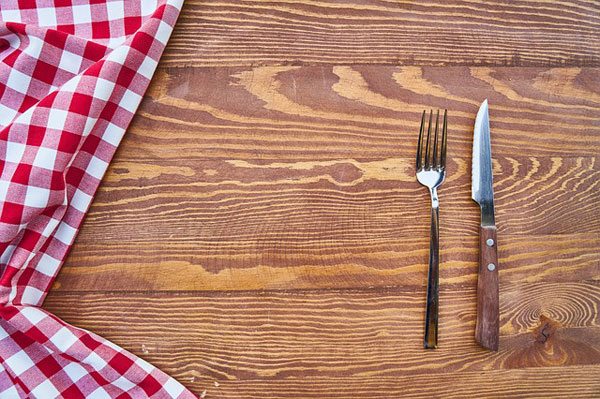 As the face of hunger has changed since the Great Depression, so has its address. Hunger Free America produced a national report in November 2017, declaring “approximately 15 million American adults lived in food insecure households with at least one person employed in the years 2014 to 2016.” States with higher minimum wages had lower levels of food insecurity among working people. The states with the highest rates of food insecurity among working adults were New Mexico (15.3 percent), Mississippi (14.0 percent), Louisiana (14.0 percent), Arkansas (13.5 percent), and Maine (12.9 percent).

The Associated Press review of the report focused on Arkansas.

Founded in 1983 under the moniker of the New York City Coalition against Hunger, Hunger Free America is a nonpartisan membership movement in 50 states whose mission is to enact policies and programs necessary to end domestic hunger. In addition to their extensive New York City-based programs, Hunger Free America runs HungerVolunteer to help facilitate volunteerism on anti-hunger projects and manages the National Hunger Clearinghouse and National Hunger Hotline on behalf of USDA, helping families to source food, among other national initiatives such as research.

The nonprofit sector puts a human face on these and other statistics every day through on-the-ground work and vivid reporting to their own constituencies about this pervasive and completely avoidable affliction. This harrowing compendium of human stories tumble into one urgent message: Rampant hunger is impossible to reconcile with our national image of plenty.

Professor Philip Alston, United Nations Special Rapporteur on extreme poverty and human rights, offered his stark assessment of hunger and other manifestations of poverty in America last December. Alston asserts that America essentially stands alone among its peer states in the West in its levels of inequity. Not only is America’s infant mortality the highest in the developed world, neglected diseases are making a comeback. Here are other findings that will not shock most NPQ readers:

These and many other reports are meant to inform and to hopefully stir outrage. The facts are so disturbing that they should speak for themselves. The suffering is immense, like the nation’s wealth, and the wealthy are in fact taking notice. Last September, leading billionaire hedge fund manager Ray Dalio warned, “I think the greatest issue of our time is the disparity of wealth and the problems that exist for the lower 40 percent of the population.” Yesterday, Laurence D. Fink, the chief executive of BlackRock, one of the world’s largest investment firms, dispatched this letter to the chief executives of the world’s largest public companies saying that they need to “contribute to society” to receive his firm’s support.

What will counter America’s economic inequities, hypocrisies, and the unending and gloomy tabulation of statistics? What must be done to help people doing the best they can with their inexhaustible troubles? Will a government hardly by the people counter the American plutocracy? Can wealth managers genuinely grow a conscience, even if they feel threatened by the growing malignancy of poverty? The preponderance of power may be with the wealthy, but poverty is spoiling their view.—Jim Schaffer