“I Could Make So Much More in the Business Sector!” or Not 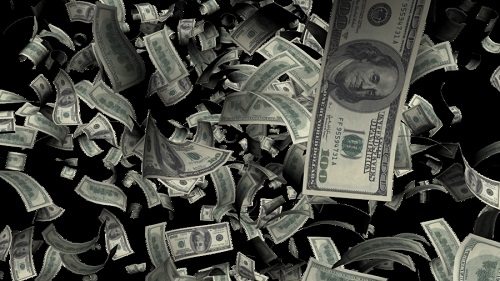 April 2013; The Legislative Budget and Finance Committee of the Pennsylvania General Assembly

Are we looking at apples and oranges here? This report is a little confusing so we ask you to bear with us on differences in terms of comparison. The budget and legislative sub-committee of the Pennsylvania legislature performed an interesting study comparing compensation rates of for-profit and nonprofit human service contractors.

The charge of the study was to look at a variety of expenditures for each nonprofit and for-profit service provider “for intellectual disability consolidated (Medicaid) waiver and community-based programs, community-based mental health, child welfare, and drug and alcohol services.” Among other things, they were to compare the compensation of executives (including the 20 highest-paid employees) and lobbying expenses. The study overall is quite interesting, and we recommend it to you. (The highlights of the report can be found here.)

But getting straight to the point, a higher proportion of nonprofits than for-profits have staff with annual compensation greater than $100,000. Here’s how it breaks down: 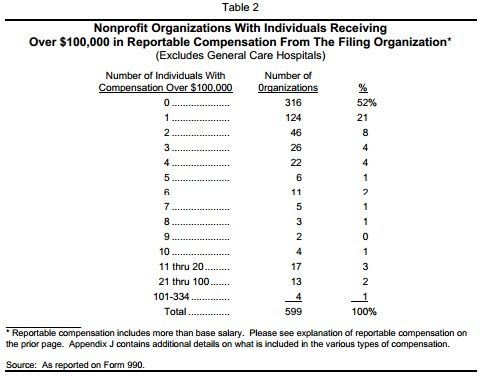 So, a lesser proportion of nonprofits that for profits had no one making $100,000. The maximum number of staff in a single organization making more than $100,000 in the for-profit category was 13. The maximum number of staff in a nonprofit making more than $100,000 was 301. Additionally, we used the graph in the report that excluded general hospitals. With them in the mix, the difference in favor of would have been higher.

When you look at how this plays out in terms of numbers of staff at what compensation we see an array that looks similar until you get to the top end of the scale and then you see the nonprofit salaries really shine.

Of course, the devil is in the details, and even the authors of the report eschew making any recommendations, saying that the information would have to be much more closely scrutinized to make that possible. (One wonders why that was not done.) Still, the comparisons are interesting. We invite readers to take a look at the report and weigh in with their own thoughts about what would be the right next set of questions to ask.—Ruth McCambridge