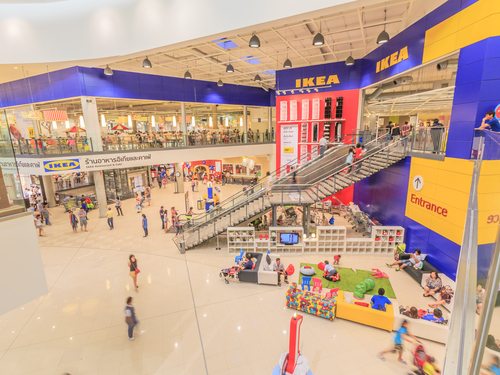 On the assumption that toys are not simply a fun way for kids to spend time; but are tools for stimulating the minds of young children, the IKEA foundation has donated two million dollars to UNICEF’s Early Childhood Development for toy distribution to children affected by emergencies around the world. The IKEA Foundation has decided to provide eight toys from the current children’s range sold in IKEA stores worldwide for each kit. The donated products will be distributed among children under the age of six living in difficult circumstances. They include finger puppets, school scissors, colored building blocks, a pad and a roll of paper, and a shape sorter.

Playing is how children learn, and their experiences affect their brains’ development. According to World Health Organization research on children’s psychological development, deficiencies in psychosocial stimulation may result in limited potential in school, poor employment chances, lifelong disability, and mental problems. That is why it is important to provide children affected by emergencies with stimulating materials. Young children absorb the images that surround them, and the UNICEF’s ECD kit permits them to return to a sense of normalcy.

This could encompass the 1.5 billion children living under extreme conditions in camps for refugees and displaced people. Among the crises to which UNICEF is currently responding are the nutrition crisis in the Sahel, and Mali’s complex emergency; the conflict and refugee crisis in Syria; malnutrition and displacement in Somalia and South Sudan; cholera and recruitment of child soldiers in the Democratic Republic of the Congo; flooding in the Philippines and Colombia; instability in Central and Eastern Europe; and the cyclone, heavy rain, and reduced harvests in Madagascar. Young children, having experienced such stressful conditions, need help coping, and playing helps children integrate pain, fear, and loss.

The ECD kits aim to satisfy the needs of young children and support healthy development and learning under emergency conditions.

IKEA is, according to this report, UNICEF’s largest corporate donor. On a side note, NPQ has discussed the fact that corporations are increasingly giving gifts in kind instead of cash, and this is true for IKEA as well.—Laura Auketayeva