In Charitable Deduction Debate, Who Speaks for Charities? 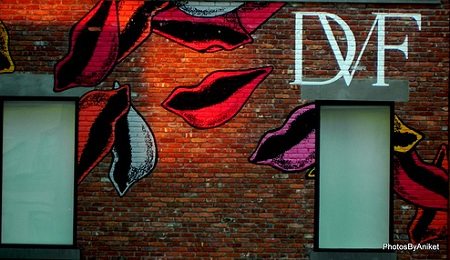 This time, the debate over the future of the charitable deduction feels different. During the past four years, the Obama administration proposed capping the deduction at the 28 percent tax level for wealthy taxpayers (those who were paying taxes at 33 or 35 percent) in order to pay for health reform expenses or job creation. Now the deduction is part of the Capitol Hill negotiations concerning the fiscal cliff, budget cuts, entitlement reform, and tax rates.

President Obama has made an increase in the marginal tax rates of the top two percent of taxpayers a threshold negotiating point, just as House Speaker Rep. John Boehner (R-Ohio) and his Republican allies have made opposition to increasing the top tax rate their threshold position. Charities have been almost unanimously opposed to proposals to alter the charitable deduction and, according to the New York Times, resistant to the White House’s suggestion that they press Boehner and the Republicans on tax rates.

The New York Times notes that the Alliance for Charitable Reform is opposed to joining the White House in pushing for an increase in tax rates for the rich that would “save government programs that partner with charities.” In an unusual move, the Alliance revealed the White House request to oppose the Republicans’ proposal for increasing revenues simply through capping deductions at $25,000 instead of raising rates.

The Times article leaves readers with the mistaken impression that the Alliance for Charitable Reform speaks for charities and foundations. In reality, there are voices other than the Alliance speaking for charities. The Alliance is a project of the Philanthropy Roundtable, the association of politically conservative foundations chaired by Michael Grebe, the president and CEO of the Lynde and Harry Bradley Foundation. Consistently opposing President Obama’s charitable deduction proposals but feeling no warmth toward the Republican position of establishing a dollar cap on the total amount of deductions, the Alliance is no fan of increasing the top tax rates on the rich. As ideological conservatives, the Alliance—and the Roundtable—tend to oppose federal government initiatives (such as what they describe as the “costly” national health reform initiative) in favor of reducing federal spending, emphasizing more reliance on voluntary charitable action, albeit supported by an uncapped charitable deduction.

While the Alliance is working with other nonprofit coalitions, such as Independent Sector, to lobby Congress not to alter the charitable deduction, no one should come away from the Times report thinking that other national nonprofit leadership organizations necessarily endorse the Alliance’s reluctance to support increasing taxes on the wealthy and protecting domestic discretionary programs from the meat cleaver of sequestration. The nonprofit sector is much broader than the Alliance and the Roundtable. Hopefully nonprofit leaders will speak out to clarify that while many may agree with the Alliance on the broad outlines of the charitable deduction, they differ strenuously on raising taxes on the top two percent of Americans and on protecting domestic programs from yet another round of calamitous budget cuts.—Rick Cohen