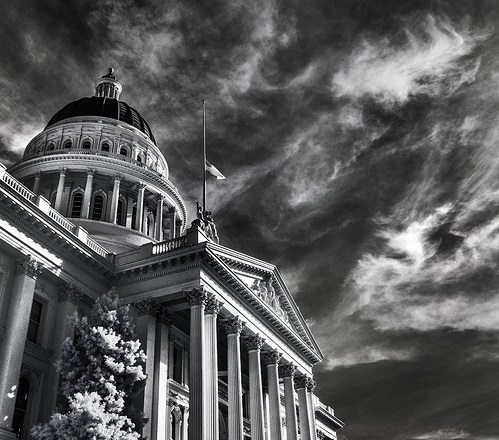 It’s that time of the year again: The weather is getting cold, we’re counting down the remaining days of holiday shopping, and Congress is facing yet another deadline on a budget deal, else the nation suffers through another government shutdown. Members are putting down their markers as to what they need to see in or out of the budget in order to get their vote. House Minority Leader Nancy Pelosi, for example, suggested that without a clear commitment to fund unemployment insurance, a budget deal wouldn’t get her support, though she later modified that statement to suggest that there might be unemployment insurance wiggle room. Rep. Chris Van Hollen (D-MD), serving as the chief budget negotiator for House Democrats, wants to see a commitment to new spending on infrastructure and on early childhood education.

This is one of the rare times in recent history where there actually might be, in the end, a federal budget as opposed to a continuing resolution. Both houses of Congress have passed budgets, leading to negotiations between House budget chairman Paul Ryan (R-WI) and Senate budget chairwoman Patty Murray (D-WA). Reportedly they are only a “few billion dollars” apart on a package acceptable to both, but the devil is in the details of those billions. For example, both parties seem to want an alternative to the sequester, but the Republican idea is to replace the across-the-board sequestration cuts with specific, targeted program cuts, but protecting the Pentagon from its pending $20 billion slash. That means more budget pressure on domestic social programs. With the economy, at least in tax revenue terms, recovering, Democrats might want to direct some of the new revenues (including possible new user fees) to social spending, but Republicans are demanding that new revenues go to deficit reduction.

Nonetheless, the shape of the emerging deal seems to be for $1.01 trillion of discretionary spending, with $528 billion targeted to the Pentagon budget. That essentially means $45 billion in additional spending over existing spending caps. To fund the new spending, the budget deal would draw on a number of new revenues and fees, potentially including “raising $6 billion to $10 billion by having the Federal Communications Commission auction off the rights to electromagnetic spectrum; $5 billion to $10 billion by increasing federal employees contributions to their pension funds; $3 billion to $5 billion by boosting airline passenger fees and other airport-related fees; and up to $10 billion of Medicare savings and elimination of ‘waste, fraud and abuse.’”

The biggest sticking point in that revenue template is the federal pension fund item. Federal employees believe that they have had to bear a large portion of the cost reductions of keeping the federal government operating by accepting low or no raises, including an ongoing three-year pay freeze, and furloughs. Although press coverage has attributed the idea that federal employees’ increasing their pension contributions to Republican lawmakers, it is actually a provision in President Obama’s 2014 budget, to increase their contributions from 0.8 percent to 2.0 percent of their salaries, which Republican negotiators have decided to push as part of their agenda. However, legislators from both parties have criticized the pension strategy. “Hardworking federal employees have already had to weather a government shutdown and have made a substantial sacrifice over the last several years to help bring down the deficit,” Van Hollen said. “This is no time to ask them to shoulder even more of the burden, especially when House Republicans refuse to close a single corporate tax loophole as part of that effort.” The Democrat was joined by Rep. Frank Wolf (R-VA) in criticizing the strategy. Representing a district in which many residents are federal employees, Wolf wrote to the budget negotiators, “I cannot, in good [conscience], support a budget agreement that asks the federal workforce to once again disproportionately feel the brunt of Washington’s failure to share the pain.” He added in a handwritten note next to his signature, “Why does the Congress always pick on federal employees?”

Extolling his mentor, Tip O’Neill’s, budget negotiations with President Ronald Reagan, MSNBC commentator Chris Matthews called on Ryan and Murray to appreciate “the beauty of compromise” and the art of how to get there. The compromise here, at its core, according to Matthews, is “on the need for Republican concessions on corporate tax loopholes and for Democrats to yield on safety net programs,” but it isn’t that simple, especially with the interests of 2,723,000 federal civilian workers on the table.

The self-imposed deadline for the Congressional negotiators is December 13th—this coming Friday. Perhaps we’ve missed it, but it doesn’t seem like the nonprofit sector has been as involved this time around as it was in previous forced marches to the brink of government shutdowns. Perhaps it is because in this case, with negotiations between Ryan for the House and Murray for the Senate around budget bills that actually passed, the deal is in the conference committee and less in the national political scrum. Or perhaps it is simply the expectation or hope that, after the near calamity of the last shutdown, nonprofits assume that members of Congress have been chastened and know to behave better and focus on long-term issues. What’s your read with less than a week to cut a budget deal?—Rick Cohen