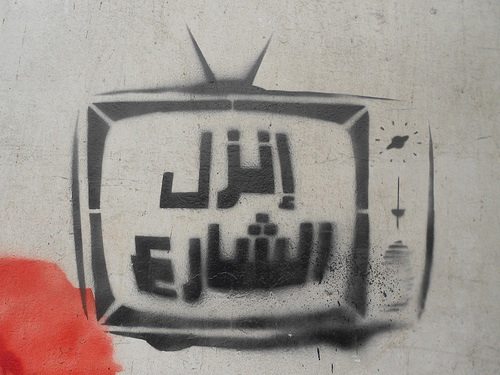 Issandr el Amrani is a freelance journalist based in Cairo and the editor of the remarkable blog The Arabist. His writing is a window into what is happening in Egypt and throughout the Middle East in the wake of the Arab Spring. His comments about the Islamic Brotherhood, the party of new Egyptian President Mohamed Morsi and half of the members of the Egyptian parliament, indicate that he is no fan.

Prior to the fall of Hosni Mubarak, the Muslim Brotherhood was officially outlawed, though it ran clinics and charities and its members ran for office as independents. After Mubarak was deposed, the Brotherhood formed a political party, Freedom and Justice, which ran Morsi for president.  However, concrete information about it—its funding, its membership, or even its governing structure—is hard to come by. Opponents are challenging it in the courts, questioning what it is and how it operates.

To protect its rear flank, the Brotherhood got Egypt’s Social Affairs Ministry to recognize it as an NGO, usually a lengthy process of several months that occurred in no time flat under the new Egyptian government and constitution. But NGOs in Egypt are closely regulated, so the government is pushing through a law, according to el Amrani, that would exempt the Brotherhood-as-NGO from having to reveal much about its finances but allow it to engage in politics, which is not allowed for other NGOs.

If the law passes, that would mean that the Egyptian government would be controlled by Morsi and members of the Freedom and Justice Party (FJP), an arm of the Egyptian Brotherhood. The Brotherhood would exist as an NGO of sorts, but with a public accountability regime different than that applied to other NGOs due to its relationship with the political party and the government. The party, the NGO, and even President Morsi would be part of a structure or movement that is overseen by the head of the Brotherhood, Mohammed Badie, titled the Brotherhood’s “Supreme Guide.”

The trajectory of this theocratic rule doesn’t look good. On el Amrani’s blog, Ursula Lindsey reports on a meeting held by the NGO Safer World about the safety and political participation of women in Egypt, Libya, and Yemen which was attended by feminist groups and even a representative of Morsi’s government. Lindsey reports, “In all three countries, women are the victims of violence – and of an ideological discourse that blames them for that very violence – that intimidates them away from the public and political sphere.” Morsi’s representative offered platitudes but didn’t address issues such as the Islamist-drafted constitution, which removed prohibitions against gender-based discrimination. The government also issued a “strongly worded dissent” on the United Nations Commission on the Status of Women. Lindsey noted that the Morsi government’s Women’s Initiative has bypassed the work of the many women’s organizations in Egypt that “ have been doing serious and ground-breaking work for decades…[and now] put themselves in extraordinary personal danger to protect female protesters these days.”

El Amrani and Lindsey are describing a situation where legitimate, independent NGOs are being crowded out by a structure that melds government, political parties, and one purported NGO into a theocratic straitjacket over Egyptian society. This kind of commentary is why an outlet like The Arabist is such a crucial component of democracy. —Rick Cohen