In NYC, Historic Building Built for Social Purpose to Be Sold to 1% 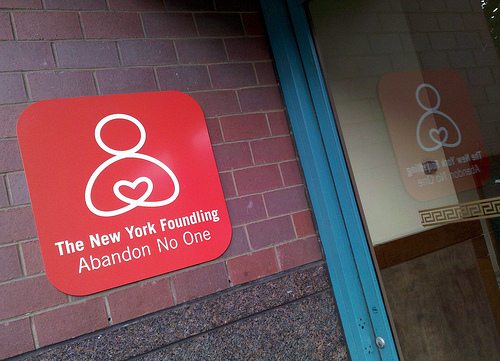 NPQ has mentioned in a number of prior newswires that some nonprofits in New York City are making a real estate killing right now by selling their buildings. Now, the beautiful 102-year-old palazzo-style stone and brick building at 72 Christopher Street in Greenwich Village is being sold and thus most likely passes out of the hands of social benefit groups and into the hands of the elite.

The building is currently owned by New York Foundling, which paid $3 million for it in 2002, but it was built as a residence and school for working women by Margaret and Sarah Switzer, who themselves immigrated to New York from Ireland. Though they arrived poor, they made a fortune as dressmakers and designers, allowing them to establish the residence. In the 1920s, it was bought by St. Joseph’s Parish and put to use as a parochial school. In 1976, it was sold to St. Vincent’s Medical Center and used as a nursing school.

New York Foundling bought the building in 2002 for use as the Vincent J. Fontana Center for Child Protection. The agency has an annual budget in excess of $100 million, most of which is derived from government contracting, for serving children in foster care and keeping families together.

But in January 2016, a deed restriction requiring that the building is used for healthcare purposes expires, so it has now been put up for sale for the grand sum of $47.5 million—a gain of approximately 1500 percent over its 13-year-old purchase price.

Foundling’s CEO, Bill Baccaglini, said that the decision makes sense because a necessary renovation would cost millions. Better to sell the 14,540 square foot building, which is in a neighborhood not now known for its level of need.

Dolly Lenz, the real estate broker with the listing, is quoted here that she expects the buyer would most likely be foreign royalty or an American billionaire. Commenting that Wall Street bonuses were up sharply this year, she added, “That bodes well for a sale.”

But not everyone is happy about this or other historically nonprofit buildings being sold in the area. Andrew Berman of the Greenwich Village Society for Historic Preservation called it a disconcerting trend. “We are seeing all of these old institutions in the neighborhood that served a wide range of people of varying needs, supplying housing for the 1% of the 1%.”—Ruth McCambridge