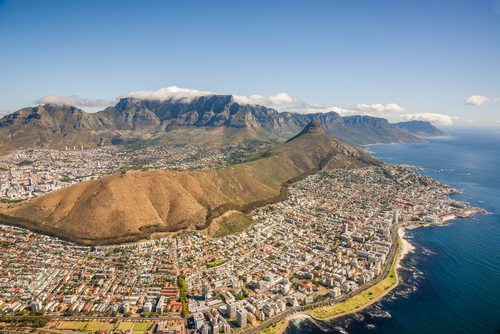 Tens of thousands of South Africa’s nonprofit organizations have recently been deregistered or declared non-compliant by the government’s NPO Directorate, which is a branch of the Department of Social Development. The move reportedly took many nonprofits by surprise during the country’s festive season. The Department of Social Development’s Lumka Oliphant confirms that 23,035 nonprofits were either deregistered or declared non-compliant.

Oliphant explains that deregistration occurs when nonprofits fail to comply with the South African NPO Act’s requirements to submit activity reports, financial statements and a registered accounting officer’s report. The non-complaint groups remain registered but must submit those reports or else they face deregistration. Shelagh Gastrow, executive director of the South African nonprofit assistance organization Inyathelo, states that her agency was deemed non-compliant even though it had submitted an annual report and the requisite accounting information. If the controversy isn’t resolved, Gastrow told GroundUp that Inyathelo may, as a last resort, mobilize nonprofits for “a class action against the NPO Directorate for administrative inefficiency and bad faith.”

Gastrow’s frustration may be due to the dire consequences deregistration has on the country’s nonprofits: “All rights, benefits and allowances it enjoyed as a result of being registered end immediately” with deregistration, Gastrow notes, so donations would no longer be tax-deductible. Meanwhile, another group, the Social Justice Coalition (SJC), tells GroundUp that it found out it was deregistered from a donor; SJC Operations Manager Leslie Liddell says the group may simply apply for a new registration but that it also supports Inyathelo’s efforts to redress the situation.

What brought on this massive change in the status of so many South African nonprofits? Sasha Stevenson, an attorney with the public interest law center SECTION27, suspects that it is linked to a proposal to amend South Africa’s Nonprofit Organisations Act of 1997—a proposal that has largely flown under the radar of the country’s nonprofit sector. Stevenson believes that the framework document “is not, bar a few problematic provisions, cause for alarm.” The proposed policy framework includes the creation of a new agency, the South African Nonprofit Organizations Regulatory Authority (SANPORA), which the proposal document says would “allow greater flexibility to deliver…efficient regulatory oversight to nonprofit organizations.” The policy framework is available here. NPQ will keep an eye on this situation as it develops. –Louis Altman