In U.K., Cooperatives Grew by 20% Since Start of Recession 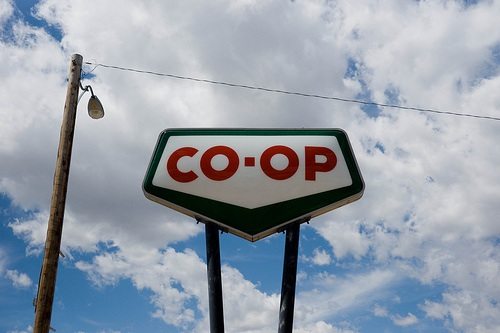 The recession drags on for many of us, long after the corporate sector has recovered. As wages have remained stagnant while bonuses and CEO salaries have bounced back in full force, we may wish to take some time to consider alternatives like cooperatives. Co-ops have, of course, been part of our national economy for some time. Is this a moment when we should be considering them for broader use?

People in the U.K. certainly seem to be. A report by Co-Operatives UK, entitled “Homegrown: The UK Cooperative Economy 2013,” asserts that membership in co-ops has grown 36 percent since the start of the economic downturn in 2008 and that the number of co-ops has grown by 20%. Ed Mayo, who is secretary general of the group, said, “A record number of people in the UK are now members of co-operatives. They are economically active within those co-operatives and have a big stake in making them a success; this is why we can still see growth in the co-operative economy despite the very tough economic trading conditions.” The cooperatives are diverse, and include shops and childcare centers. One group of customers in Bath, for instance, bought their local pub.

The report sorts cooperatives into four categories (as described in the report):

Consumer-owned: Where the members are the customers of

the co-operative. This could mean they purchase food from a

consumer retail society like Midlands, Scotmid or East of England

Co-operative, have an account with a credit union or are a resident

in a housing co-operative.

Worker-owned: Where the members work in the co-operative.

Partnership, as long as there is a representative link back to the

Enterprise-owned: Where the members are businesses that trade

with the co-operative. This could be supplying produce as a farmer,

purchasing supplies as an independent retailer or sharing services

Mixed ownership: Where the members are a mix of the above but

they all share a specific community of interest. This could be they

all support the same football club, wish to save their local pub or

And while we are thinking outside of the economic box, a recent article in Yes! Magazine listed seven interesting co-ops here in the U.S., including the Patient/Physician Cooperative in Houston, Texas.

Don McCormick, a former health insurance executive, opened a free, charity-funded clinic to better understand the problems in healthcare and stumbled onto something that surprised him: Uninsured people were willing to pay a nominal monthly fee—like $18—if it guaranteed access to medical care. Then McCormick learned that doctors actually earned more by billing patients directly—even at those nominal fees—than they did by going through Medicare, Medicaid, or HMOs. With that realization, McCormick founded the Houston-based Patient/Physician Cooperative in 2005, which now has 60 participating clinics. Members of PPC function as a group, which allows them to purchase health care at affordable prices. There are no co-payments or qualifications for those with pre-existing conditions, and the model has since spread to North Carolina and Portland, Ore. “This turned into a very practical solution,” McCormick says, “and it’s better than what anyone else is proposing.”

NPQ would love to hear from readers about cooperatives they know or are a part of.—Ruth McCambridge