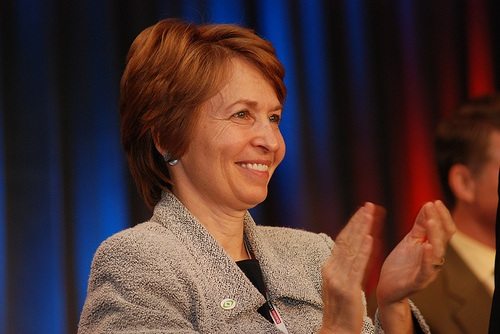 Diana Aviv, the CEO of Independent Sector, wrote a blog post entitled “The Stumbling Block at the IRS.” She recounts the basic facts of the IRS scandals to date as she understands them, lauds the IRS as being among the least political agencies of the US government, and advocates for increased funding to both improve the capacity and functioning of the exempt organizations (EO) division of the IRS and to make the EO division a more attractive place for career IRS employees to work. While her conclusions and appeal are laudable, there are some problems with her analysis.

She takes issue with the use of the word “scandal” to describe what’s being reported about the IRS. She says, “My dictionary defines scandal as ‘a disgraceful or discreditable action’ but, interestingly enough, it also notes that it is derived from the Greek word skandalon, which means ‘trap’ or ‘stumbling block.’” Aviv’s point appears to be that the IRS scandal fits the second, more obscure definition rather than the first. Of course, it’s too soon to know for sure since several investigations are ongoing, but it’s always possible that she is correct in her belief.

Aviv cites the “flood of 501(c)(4) applications” to the IRS as a key catalyst for the actions taken by IRS employees to single out applications from conservative groups for additional scrutiny and long delays. This is incorrect for two reasons, as reported previously by NPQ. First, the report from the Treasury Inspector General for Tax Administration (TIGTA) in May (NPQ analysis) did a good job of documenting the fact that the singling out of applications from conservative groups began in early 2010, before an influx of 501(c)(4) applications were received by the IRS. Second, the TIGTA’s report showed that the IRS was also flagging applications for other types of nonprofits—not just 501(c)(4)’s—for additional scrutiny.

Aviv also claims that applications from progressive and liberal groups were targeted along with applications from conservative groups. This assertion was promoted briefly by Democrats on the House Ways and Means Committee in June and refuted by Russell George, the Treasury Inspector General for Tax Administration (TIGTA) in a June 26 letter to Rep. Sander Levin (R-MI), the ranking Democrat on that committee. While it was true that there were multiple IRS BOLO (“be on the lookout”) memos between 2010 and 2012 relating to applications for tax-exempt recognition, the Treasury audit found no evidence that the BOLO including the term “progressive” was ever used. In fact, of almost 300 applications reviewed for the audit, only two were from progressive groups, and neither of those two applications was subjected to long delays and the applicants were not sent improper request letters for detailed additional information that were sent to conservative groups.

While Aviv is incorrect in her focus on 501(c)(4)s and her belief that the targeting by the IRS was directed at both conservative and progressive groups, she is correct in noting the long history of potentially politically active groups being singled out by the IRS for special scrutiny. NPQ reported on this targeting by the IRS, including recent concerns about a pro-Israel group as well as disturbing statements allegedly made by IRS staffers to representatives of a pro-gay rights group in the 1990s.

Aviv’s conclusion, asking for the IRS to build its capacity to deal with the complexities of nonprofit sector oversight and regulation, is supported by NPQ’s reportage on the “brain drain“ at the IRS. Any nonprofit CEO would look at the looming retirements of senior and other experienced IRS personnel and shudder to think of the effect on mission fulfillment if similar attrition were to happen in their organization.

To address the situation at the IRS, it’s important to understand the true nature and extent of the problems being faced. Aviv’s blog posting reflects a surface understanding that needs to be strengthened if Independent Sector seeks to be a key player in seeking and advocating for appropriate and workable changes.—Michael Wyland