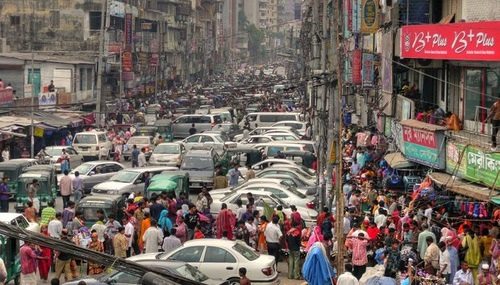 NPQ has written repeatedly (here and here and here, to list a few examples) about the effects of mental health policies in the United States, where prisons and jails and the streets have become the warehouses and cold corners of life for people unable to access treatment in the community.

On October 10th, the World Health Organization celebrated its annual World Mental Health Day in order to raise awareness of mental health disorders, and India announced its first national policy on the issue.

Historically, India has spent less than one percent of its total healthcare budget on mental health care treatment, with a large population of affected individuals receiving no care. Until now, the vast majority of mentally ill people, who live in villages away from urban centers, have had no accessible mental health services. According to Union Health Minister Harsh Vardhan, India’s new mental health policy “will have a pro-poor orientation, because only the creamy layer of society presently has access to mental healthcare in India.”

Sadly, the availability of healthcare services for only a segment of those needing treatment is not only an issue in the field of mental healthcare, nor is the issue seen only in countries like India. Around the world, including the U.S., many people are cut off from healthcare services they need.

In the past few months, NPQ has reported on the hardships faced by healthcare recipients and the nonprofits that serve them in the rural United States. If receiving general healthcare can be hard for lower-income families in rural areas, receiving treatment for mental health issues can be virtually impossible. Adding to challenges of available treatment, society still attaches a negative stigma to receiving mental healthcare services even when they are available.

India’s new policy to open mental health services to the general population is a positive step, but it is only a beginning. For the policy to be a success, access to services will need to be available to all, regardless of income or location. Furthermore, the general population will need to be informed about mental health and its importance to overall health. As Dr. Vardhan said in a statement, “Unfortunately, society still stigmatizes those who suffer from routine psychiatric problems…. We need to build up a social movement to change mindsets and focus on the human dimension of mental illnesses.”—Michele Bittner