Indiana Gets in on Nonprofit Specialty License Plate Debate 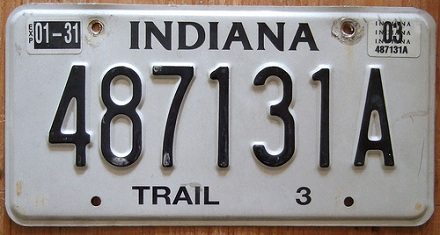 Legislators were okay with it, too, until a plate was approved for the Indiana Youth Group (IYG). Republicans protested because IYG is a gay youth group. It seems the state’s Republicans may not have considered that a plate might support a group that is contrary to their current social dogma. Legislators tried to legislate the IYG out of the program but failed. Then the Bureau of Motor Vehicles did the dirty deed, kicking out IYG and two other groups (for cover?) saying that they inappropriately “traded low-digit plates for contributions.” So here is the quandary: if states are going to permit nonprofit specialty plates, should they—further, can they—police the explicit or implicit messages of the groups?

According to an August 2011 report by Anne Teigen and William Smallen of the National Conference of State Legislatures, plenty of states offer specialty plates for causes (for example, Colorado’s “Advancing Clean Energy” plates or the 24 states that have “Choose Life” plates) or nonprofits (for example, North Carolina’s National Rifle Association plates or the 11 states, such as Arizona, that have proposed Tea Party plates). The number of potential sponsors can run pretty high; Teigen and Smallen reported that Maryland tops the list of states with 400 distinct specialty plates. As a representative of the Indianapolis Zoo testified, for nonprofits and the states, these license plate programs are largely “a win-win.” But there are at least three problems that cannot be overlooked:

Practicality: In some states, police are concerned about the proliferation of plates making it hard for them to recognize which states issued the plates or which specialty plates might be phonies.

Politics: In addition to Indiana, this concern has popped up in regards to Arizona’s Tea Party plate, and in Virginia, where the Sons of Confederate Veterans (SCV) are actively promoting the inclusion of the Confederate flag on plates that they sponsor. Although the Virginia House of Delegates voted to remove the Confederate flag from SCV plates in Virginia, the flag has been permitted in other states. In the case of the Tea Party plates, the concern is with the notion that state specialty plates are going to fund an electorally active, politically partisan group or movement.

All of the nonprofits testifying before the Indiana legislature’s Interim Study Committee on Special Group Recognition License Plates strongly favored keeping the plates. The IYG wasn’t among the groups testifying. Most of the news coverage seems to favor keeping the plates and letting the IYG into the program despite the Republicans’ “witch hunt.” But that doesn’t solve some of the knottier conundrums involved in this distinctive nonprofit fundraising scheme.—Rick Cohen