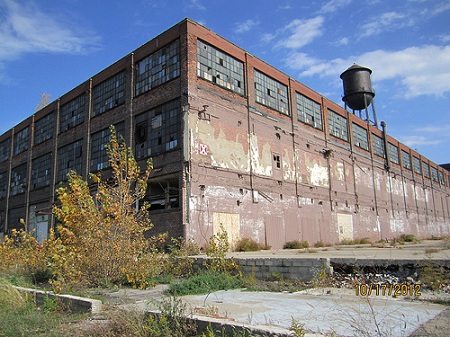 NPQ is always enormously impressed with networks where innovation abounds and good ideas are quickly tested, picked up and used in ways that reflect the local reality.

According to this article in the New York Times, there is something of a trend among health centers to redevelop environmentally contaminated buildings for use as treatment facilities. Many of the sites, known as brownfields, qualify for tax credits and grants and too many also exist in poor neighborhoods where many health centers are operating. The redevelopment money available from public sources often has the effect of leveraging private financing where lenders would otherwise have been more reticent to finance a significant clean-up.

The Affordable Care Act (ACA) is predicated on the growth of community health centers and this requires new facilities. Within three years, those using community health centers are expected to double from 20 million (in 2010) to 40 million and the ACA includes an allotted $11 billion to expand these centers; $1.5 billion of that amount is to be used for construction. The Times quotes Smart Growth America Policy Manager Elizabeth Schilling: “These health care providers are getting good at it. They have internalized the idea that this is an opportunity for them.”

The Times reports that brownfields have been claimed as health center sites in California, Colorado, Florida, Minnesota, Oregon and Pennsylvania. In Philadelphia, Spectrum Health spent 15 years looking for a site and only recently bought an asbestos-filled 50-year-old former medical office building for $650,000; the site went up for auction in 2007 after the owner was arrested on a tax evasion charge. Maybe it doesn’t sound that appetizing, but it attracted a $2 million brownfield redevelopment grant from the federal Department of Housing and Urban Development (HUD), a $1.7 million dollar grant from Pennsylvania and additional loans totaling $3.45 million.

The move will be an upgrade for Spectrum, which is now located in a rundown strip mall where “the treatment rooms are dreary and cramped, with holes in the drywall and collapsing ceiling panels.” The new three-story building will boast 34 exam rooms, eight dental rooms, a spacious community center and a laboratory. It will also allow Spectrum to double its complement of staff.

This trend of locating health centers on formerly contaminated sites has reportedly really taken off in Florida, where local government officials, environmental advocates and health center developers have collaborated to make it happen. Florida, in fact, provides tax credits of up to $500,000 as incentive. Michael R. Goldstein, an environmental lawyer in Florida, tells the Times, “We are just at the beginning of the journey here. I predict that in the next two years we’ll have close to two dozen across the state.”

These projects have many positive outcomes in helping to anchor redevelopment efforts in neighborhoods in which there has been disinvestment and abandonment. As Mathy Stanislaus, an assistant administrator for the Environmental Protection Agency says, “When you look at revitalizing a community, these kinds of uses tend to be the first anchors.”—Ruth McCambridge