Inspired by Webcomic, Elon Musk to Give $1M to Tesla Museum 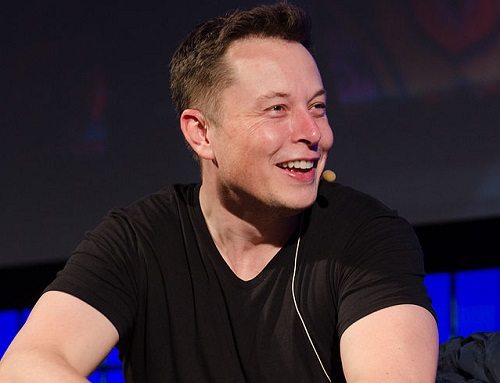 If you’re not familiar with the largely unsung accomplishments of Nikola Tesla, you can get a fine (if enthusiastic and a little salty, especially in the direction of rival Thomas Edison) introduction through Inman’s comic, “Why Nikola Tesla was the greatest geek who ever lived.”

Inman, the man behind popular comic website The Oatmeal, has been involved since 2012 with a nonprofit effort to turn the site of Tesla’s former laboratory at Wardenclyffe in Shoreham, New York, into a science and technology center and museum “dedicated to science education and to introducing visitors to the rich scientific opportunities on Long Island. This center and museum would complement the educational efforts of the schools within this region as well as the community outreach activities of other prominent science institutions. It would also look to provide possible space for fledgling companies engaged in scientific research.”

In May, after creating a comic reviewing his experiences with the Model S automobile built by Musk’s Tesla Motors, Inman jokingly took Musk to task for naming his company after Tesla despite not descending from the inventor. (Tesla, in addition to his other eccentricities, was celibate in life and left no direct heirs; Musk named his auto company “Tesla” because all the cars produced there are powered by AC induction motors, derived from the one invented by Tesla.) Inman compared it to a future company naming itself “Steve Jobs Hoverbikes” without any ties to Apple or Jobs.

In what Inman stressed was neither “a demand [nor] an accusation [nor] a plea [but] a polite request from a humongous fan,” the artist asked that as a way of giving back to the genius who inspired them both, Musk should increase his earlier gift of $2500 to the museum fund to cover the full $8 million. (If you’re going to ask, ask big.) After all, Inman said, Musk had already spent nearly a million dollars buying the car from a James Bond movie and had invested a great deal in a program with the ultimate goal of colonizing Mars—what’s a few million more?

In a surprisingly generous gesture, Musk responded positively to the entreaty. Although he declined to fund the whole museum effort, his million-dollar donation gives the endeavor a huge jump-start. (Speaking of jump-starts, there will also be a Supercharging Station at the museum site for charging Tesla cars, courtesy of the company.)

The Tesla Science Center confirmed the news on its Twitter feed on July 10th, the 158th anniversary of Nikola Tesla’s birth. In gratitude, Inman wrote, “Elon Musk: from the deepest wells of my geeky little heart: thank you.”

There are many lessons one can take from this story. One is that the inspirational power of science and education can bring people in the arts, technological, and nonprofit spheres to create something of lasting value. Another is that when it comes to asking for money, an audacious request can lead to spectacular results.— Jason Schneiderman