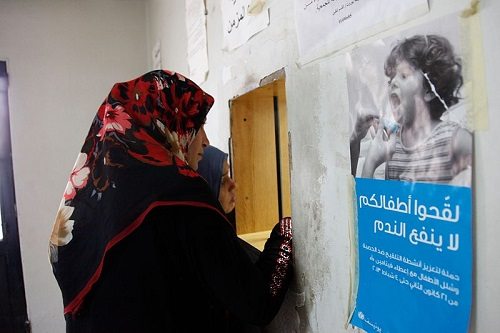 Physicians for Human Rights released a statement yesterday, saying “Syrian forces have systematically attacked the healthcare system in opposition-held areas over the past three years, resulting in the death of more than 460 health professionals and widespread destruction to hospitals and clinics.” To document this, PHR released an interactive map tracking the violations. These attacks are not only in clear violation of the Geneva Convention, but also classified as crimes against humanity because they are widespread and systematic.

“Syria is among the worst examples of targeting medical care as a weapon of war, and we must not allow these rampant abuses to become the new norm in conflict,” said Donna McKay, PHR’s executive director. “The international community has failed civilians in Syria—tens of thousands have died and millions have been displaced. We must demand an end to these blatant human rights violations, provide access to humanitarian aid and services, and hold accountable those responsible for these crimes.”

PHR reports that it had confirmed that 150 attacks on 124 facilities occurred between March 2011 and March 2014, 90 percent of which were perpetrated by government forces. In 2012, the attacks were most intense, with 88 attacks occurring in that year alone. This has left the healthcare system in Syria in ruins. PHR said in its statement that, “of the more than 460 civilian health professionals killed across Syria, at least 157 were doctors, followed by 94 nurses, 84 medics, and 45 pharmacists. Approximately 41 percent of the deaths occurred during shelling and bombings, 31 percent were the result of shootings, followed by 13 percent due to torture.”

“The systematic nature of these attacks reflects the government’s indifference to the health and life of civilians, which has created a public health crisis that will haunt Syria for years,” said Erin Gallagher, PHR’s director of emergency investigations and response. “Doctors and nurses who are committed to caring for everyone, regardless of political beliefs, are being killed while trying to save lives under grueling circumstances.”—Ruth McCambridge