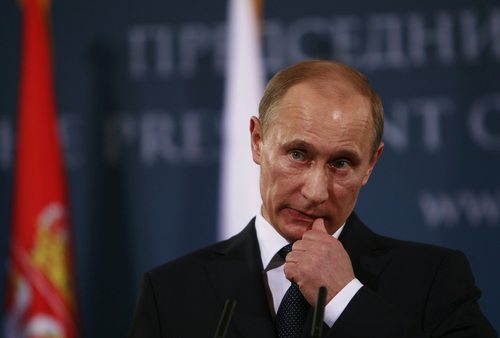 Officials from France, Germany and the European Union have all made statements protesting “unannounced audits” on NGOs in Russia. In at least one case, computers were reportedly removed from the offices of a foundation. According to the Associated Press, up to 2,000 non-governmental organizations have had their offices invaded by “auditors” in the last month. Pavel Chikov of Agora, a group that provides legal aid to NGOs, offers a higher estimate of up to 5,000 NGOs targeted.

The auditors are reportedly searching for evidence of tax violations and “possible unwanted political activities.” These audits, which some are referring to as raids, have recently targeted Amnesty International, Human Rights Watch, and Transparency International. The audits/raids have also targeted organizations working in education and culture and at least two German foundations. According to the Christian Science Monitor, “some 600 documents were seized” from “Memorial, Russia’s largest human rights monitor, whose…offices were searched last week.”

This news should not come as a complete surprise; as NPQ noted last summer, under Russian President Vladimir Putin, the DUMA passed a law in July requiring that NGOs with funding from abroad register as “foreign agents.” This, he said, was necessary to prevent “external forces from interfering in internal politics.” However, the move was fairly broadly seen by other countries in Europe as an attempt to cut down on dissidence and to choke civil society efforts. Some NGOs said they would refuse to register as foreign agents in protest.

Memorial board member Alexander Cherkassov expects that the raids are just a first step: “If organizations refuse to recognize themselves as ‘foreign agents,’ then huge penalties will be the next step. That will be followed by closing down the organization, and possible actions against the leaders…. But no NGO is going to submit voluntarily to being labeled as a ‘foreign agent.’” –Ruth McCambridge