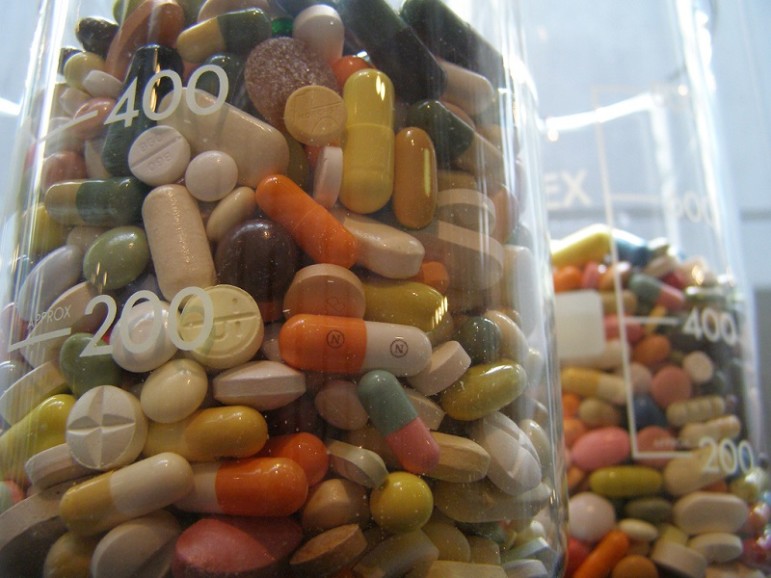 Prison use of segregation to manage populations that include people with mental illnesses is now well documented, but what do we know about the use of psychiatric drugs to chemically restrain prisoners—in this case, juveniles?

On Sunday, PublicSource, an independent nonprofit news group, published the first installment in a three-part investigative series on the inappropriately high use of mind-altering psychiatric drugs on kids in the Pennsylvania juvenile justice system.

The drugs are allegedly used for their “off label” functions—as chemical restraints to induce sleep or lower aggressive tendencies. But some of the drugs have severe life-altering side effects. In particular, the use of antipsychotics, which are meant to be limited to the treatment of schizophrenia, bipolar disorder, and irritability with autism, can cause rapid weight gain and diabetes in young people. PublicSource reports that doctors and juvenile justice experts have assured them the drugs are being used in off-label ways.

PublicSource looked at the drug-buying rates of state institutions that imprison children and found that enough antipsychotics were ordered over seven years by the Pennsylvania Department of Human Services, which operates the state’s youth correctional facilities, to treat a full third of the confined youth.

“Most [of that] antipsychotic use is likely for sedation and behavioral control,” said Dr. Mark Olfson of the Columbia University Medical Center. “The new findings will hopefully spur much-needed institutional reforms.”

But lockups are not the only place where use of so-called “chemical restraints” on children is prevalent. A recent study suggests that in 2012, a fifth of the youth in Pennsylvania’s foster care system were taking antipsychotics. That report was commissioned by the PDHS, and at that time, the secretary of the department called the practice “disturbing” and “unacceptable.” The department seems less willing to express an opinion when it comes to the juvenile lockups.

PublicSource reported that all of its inquiries took weeks or months to get a response and a scheduled interview with Human Services Secretary Ted Dallas was abruptly cancelled. PublicSource was also not given access to the facilities in question, nor were they provided with the names of the prescribing doctors, having been told it would compromise their safety. But in one email, DHS Spokeswoman Kait Gillis wrote that 44 percent of 266 residents in the facilities on September 30th had a psychotropic medication prescribed by a psychiatrist. She said that many young people have a psychotropic prescription when they are locked up.

“The protocols we have in place actually lead to a reduction or termination of medication when possible,” she wrote, but the state did not share its protocols for prescribing.

PublicSource says that the data they are using for this investigation took two years to obtain and that they then used expert consultants to help with interpretation.

While the experts did see red flags pointing to potentially excessive or inappropriate prescribing in the state facilities, justice-involved youth are known to have a greater mental health need than the general population. Studies and experts estimate that between 50 percent and 75 percent have a diagnosable psychiatric disorder.

But not all of these problems require anything close to an antipsychotic. “The great concern among children’s advocates is that…too often the medications are used to the benefit of the institution to control behavior in ways that are not appropriate,” said Robert Schwartz, the co-founder and recently retired executive director of the Juvenile Law Center and the advocate who broke the 2008 “Kids for Cash” scandal.

Dr. Terry Lee, a child and adolescent psychiatrist, suggests that creating and implementing psychiatric practice guidelines for institutions is enough to reduce their use of psychotropic drugs, as is reflected in a study he published in the journal Psychiatric Services comparing psych med costs and aggression levels at three secure juvenile facilities.

The study, spanning 2003 to 2012, shows Dr. Lee’s facility with psychiatric practice guidelines reduced its costs of psychotropic drugs by 26 percent, and incidents of aggression remained level. Costs for facilities without the guidelines doubled, and aggression levels increased.