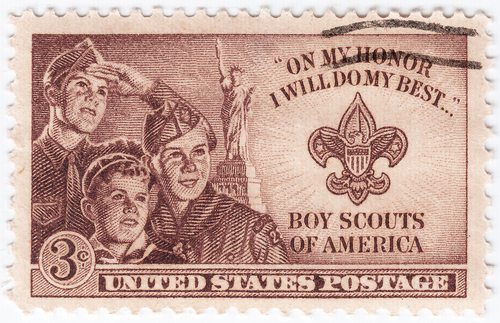 The Des Moines-based Mid-Iowa Council of Boy Scouts is facing a $356,000 budget deficit that the nonprofit’s CEO/Scout Executive Robert Hopper acknowledges is “not good.” Hopper says that he expects the Council will rise from the red ink at the end of the year, but notes, “I won’t kid you, it’s going to be tough.” Interestingly, this branch of the Boy Scouts of America, plagued by “debt after years of borrowing,” counted Iowa’s current leader, Gov. Terry Branstad, among its board members from about 2005 until the time of his most recent election in 2010.

According to a spokesman for the governor, Tim Albrecht, “The governor was unaware of any financial problems during his service on the board.” Albrecht perhaps illuminates the reason behind the governor’s lack of awareness of any fiscal difficulties with the organization, noting that Branstad was present for “maybe one [board meeting] per year, if that.” This statement, probably meant to distance the governor from the organization’s problems, may free the governor from the specter of allegations of involvement in any potential board mismanagement, but the flip side of the coin is that it also suggests he wasn’t taking his responsibility as a board member very seriously.

Before his current term, Branstad had a long previous run as Iowa’s governor from 1983 to 1999, and he served as president of Des Moines University for six years during the interim between his gubernatorial stints. Seems like the ideal board member, right? But not if he only shows up once a year, “if that.” NPQ has repeatedly made the point that having well connected people on your nonprofit board is not, by itself, a facilitator of financial health. The mere fact that board members are connected to money and power does not make them good stewards or advocates for the organization and, in fact, having prestige on your board may not and often does not translate to a better balance sheet at all. For more on this point, see the NPQ article “Do Big Names Really Draw Big Bucks?” by governance experts David Renz and Robert Herman. –Mike Keefe-Feldman and Ruth McCambridge