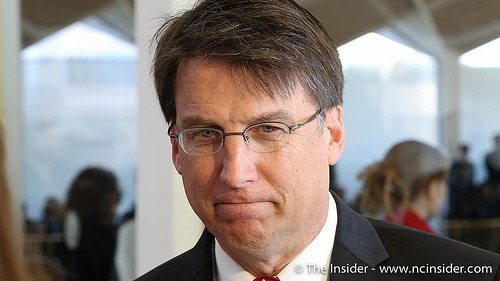 Here’s a story that’s confusing and merits some clarification from our North Carolina readers. The Robesonian reports that former professional strongman Harold “Iron Bear” Collins wants the state of North Carolina to reimburse him for $2.8 million he says he spent over the past 14 years to maintain and improve the North Carolina Indian Cultural Center.

Apparently, in the welter of laws that have emerged from the governor and legislature of North Carolina recently, Governor Pat McCrory signed a bill that would terminate the state’s leases with the nonprofit cultural center. The termination of the leases enables the Lumbee Tribe to buy the property along with other state-owned land in the area, southwest of Pembroke, but if it opts out, the property will be put up for auction.

According to the article, the property leased by the center totals more than 500 acres, including a defunct golf course. The Lumbee Tribe says that it will maintain the cultural center if it acquires the site, though part of it would be appended to Lumber River State Park regardless of the disposition.

Collins said that his maintenance and improvements on the site ensured that the Center was in decent shape, only in need of some cosmetic improvements. However, a state legislative body called the site dilapidated. Moreover, a legislative audit released four years ago indicated that at that time, the Center wasn’t in bad physical condition. Somehow, during Collins’s oversight of the property, the state was able to say that it had become dilapidated (though even in 2009, the state called for a physical inspection of the buildings on the site).

Can our North Carolina readers explain Collins’s relationship with the Center and the expenditures of substantial funding over time?—Rick Cohen