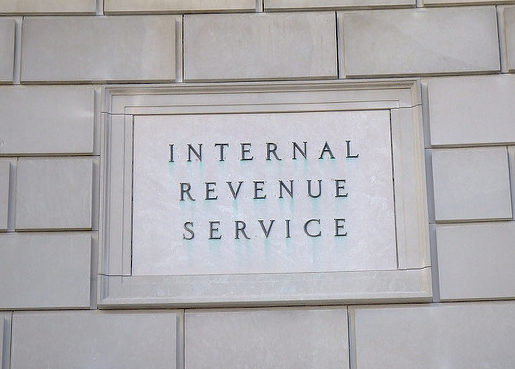 The IRS’s Advisory Committee on Tax Exempt and Government Entities (ACT) has released its 2016 annual report, and the news is not good for either nonprofits or the IRS itself. This is easy to see because the section of the report dedicated to “exempt organizations,” or EO for short, addresses long-term goals and strategies with a 20- to 30-year time horizon for accomplishment and does not cite past or present successes of the unit that oversees nonprofits and charities.

Before we discuss the recommendations, as in any strategic planning exercise, we must face the elephant in the room: The IRS scandal is barely mentioned in the document as an environmental influence on the past, present, and future state of the EO Division. The mention the scandal does receive is sure to anger the very Congressional leaders upon whom the IRS is dependent for its funding and oversight: “In early 2013, allegations arose that the IRS was engaging in impermissible selective scrutiny of organizations applying for recognition of Section 501(c)(4) exempt status. Subsequent investigations found no intentional wrongdoing by the IRS.”

This quote from the annual report mischaracterizes not only the nature of the allegations (for example, other types of nonprofits were targeted, not just 501(c)(4) organizations), but also the results to date of the various investigations. Also in question are the role and attitude of the IRS, and especially Commissioner John Koskinen, who currently faces censure (possible) or impeachment (highly unlikely) by the House of Representatives for his disputed congressional testimony and visible disdain for the congressional committees’ investigative efforts. Funding and oversight support to implement any IRS EO agenda will require either behavior modification by IRS leadership, a change in congressional party leadership, or perhaps both.

The long-term recommendations identified by the six members of the EO advisory panel are as fundamental as a decades-long perspective would require:

Each of the six recommendations merits explanation and analysis. For example, as stated above, the IRS taking the initiative to repair its relationship with Congress is a key prerequisite for addressing recommendation number one, since increased budget appropriations and additional legislative authorization would likely be required. It would also be a key component in setting the stage for addressing recommendation two, as the IRS has appeared reluctant to take leadership since the scandal broke publicly in 2013. This perceived timidity follows the fierce public opposition to the proposed rules governing political activity by 501(c)(4) organizations that were announced in late 2013, which resulted in the IRS all but abandoning the timeline for implementation in 2015 and ultimately announcing that rules already in place would govern the 2016 election cycle.

The need for “an easily navigable website” would seem to be easily addressed, but countless budgetary barriers and design hurdles would need to be overcome to make this a reality. A 2013 website redesign has been met with confusion and frustration, according to the committee’s report. While Congress has been willing to sustain and even increase technology funding in the IRS budget, much of that funding is designated for automated data analysis and compliance, not web design projects. The committee’s recommendation that the IRS “assure cyber integrity” should also be noted here, since technology resources will need to be deployed to eliminate embarrassing public disclosure of confidential taxpayer information. Another technology challenge for the IRS EO Division will be assuring adequate backup and recovery of archived information, such as emails to and from division leaders.

The “relevant, user-focused guidance” recommendation refers to changes made to the IRS’s training materials in 2001, replacing manuals and in-person training sessions with online materials and user-paced training. There is a perception that the training has suffered as a result, just as a growing number of IRS personnel, and EO staff in particular, near retirement age, resulting in a loss of institutional memory and expertise. Even more important, the pre-2002 IRS CPE texts were generally made available to attorneys, accountants, nonprofit administrators, and the interested public as valuable educational tools to assist nonprofit clients and manage nonprofit organizations’ IRS compliance.

The committee also identified a need for a new, more detailed and user-focused (i.e., nonprofit-focused) IRS Determination Letter template. The Determination Letter is the traditional documentation and proof that the IRS recognizes a nonprofit organization as tax-exempt. Showing concern about the lack of knowledge many nonprofit leaders have about IRS tax exemption, the committee drafted a new Determination Letter that not only documents tax-exempt status, but also instructs the organization of some of its key requirements. Annual Form 990 filing, coordination with state regulators, limitations on lobbying, and private benefit are just a few of the issues, each adding a paragraph to the proposed letter.

The committee noted with concern the recent realignment of the IRS’s investigation and enforcement functions. This excerpt from the report is significant:

The stark shift from EO as a regulator of tax-exempt organizations to its nearly exclusive focus on tax administration is reflected in recent organizational changes, including the following:

The organizational changes outlined in this paragraph appear to be another symptom of the IRS’s timidity in taking leadership for regulation of tax-exempt entities. Turning over guidance and regulation to the lawyers may be good risk management, but it’s not likely to foster two-way communication between the IRS and the nonprofits it regulates. It’s unlikely to increase the amount, speed, and clarity of education and guidance provided by the IRS to its staff and the sector at large.

The report states, “The IRS is at a turning point. This is especially true in EO.” Whether the IRS will be able to make the necessary turn and address the committee’s long-term recommendations has much more to do with politics and personalities than it does with policy and resource allocation.