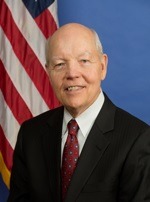 If you’re looking for Ruth McCambridge’s story on vendors of charity “fun runs,” click here. A technical glitch in the NPQ Newswire email led to a misdirected link. Thank you for reading!

Whether or not the beleaguered John A. Koskinen finds himself impeached and convicted by the U.S. House of Representatives, he is still the commissioner of the Internal Revenue Service and has to explain what the IRS is or is not doing in its monitoring, oversight, and approval functions regarding 501(c) tax-exempt organizations. On Tuesday, with an impeachment resolution having been filed by Jason Chaffetz (R-UT) at the House Oversight and Government Reform Committee, Koskinen nonetheless testified in front of the Senate Finance Committee on the IRS’s response to the controversy regarding the approval process of 501(c)(4) applications.

Koskinen reiterated a statement he has made before, that the review procedures that have become known as the “Lerner Scandal” in light of Lois Lerner’s leadership of the IRS tax-exempt division were “mistakes” and “should never have happened.” Koskinen affirmed that “every taxpayer, whether an individual or an organization, needs to be confident that they will be treated fairly by the IRS, no matter what their political affiliation, their position on contentious political issues, or whom they supported in the last election.”

Koskinen listed for the committee chaired by Senator Orrin Hatch (R-UT) the changes the IRS has made to recover from the Lerner imbroglio: “eliminating the use of inappropriate criteria; expediting the processing of section 501(c)(4) applications; establishing a new process for documenting the reasons why applications are chosen for further review; developing guidelines for specialists in the IRS’s Exempt Organizations (EO) division on how to process requests for tax-exempt status involving organizations engaging in potentially significant political campaign intervention; and creating a formal, documented process for EO determinations personnel to request assistance from technical experts.”

For many of the nation’s nonprofits, the answer they want from Koskinen is a status report on the Service’s proposed regulations defining political activity for 501(c)(4) organizations. As NPQ reported, the number of comments submitted in reaction to the draft regulations was a record-breaker, prompting the IRS to withdraw the text. According to Senator Hatch, “That poorly drafted proposal would have created nonsensical rules and constitutionally dubious speech restrictions.”

Koskinen responded that new regulations for (c)(4)s are not a “slam dunk.” He indicated that the Service is aiming to get the revised regs done and out, but the IRS process has given new definition to the word “sluggish,” leaving 501(c)(4) social welfare organizations and 501(c)(3) public charities operating without needed definitional clarity.

Added Lisa Gilbert, director of Public Citizen’s Congress Watch division and manager of the Bright Lines Project, which is pushing for a clear definition of political activity for nonprofits, “Nonprofits and the public agree that it’s time to move on. We’ve been talking about the need for clearer definitions and safe harbors for more than two years. It’s time for the IRS and Treasury Department to make those desperately needed changes.”

Various observers tweeted that Koskinen didn’t commit to a firm timeline on the issuance of new 501(c)(4) regulations. He did indicate, according to an email from Emily Peterson-Cassin, the Bright Lines Project coordinator, that “we would hope that we’d be able to provide these proposed new rules early enough next year so that the work on them could be completed well in advance of the elections, so there wouldn’t be any confusion.”

That is hardly a statement to give confidence to nonprofits looking for better guidance from the Service. And it certainly seems to be an opening for continuing dark money abuses, such as the report about the 501(c)(4) called Carolina Rising. According to the New York Times, Carolina Rising spent its money promoting the image and accomplishments of former North Carolina speaker of the state house Thom Tillis, who happened to be running for U.S. Senator against incumbent Kay Hagan—Tillis a Republican, Hagan a Democrat. Robert McGuire reports for the Times that 98.7 percent of the donations to Carolina Rising came from one unidentified donor, and the organization spent just about all of its money for Tillis’s campaign, a complete violation of the notion that the organization was engaged in any kind of social welfare activity.

It’s time to rein in the dark money 501(c)(4)s without impinging on the legitimate public policy advocacy and voter registration program rights of 501(c)(3) public charities. Somehow, impeachment or no, Koskinen and the IRS do not appear to be barreling down the highway to definitional clarity.—Rick Cohen