IRS Commissioner to Long-Waiting Groups: We’ll Take Your Word for It 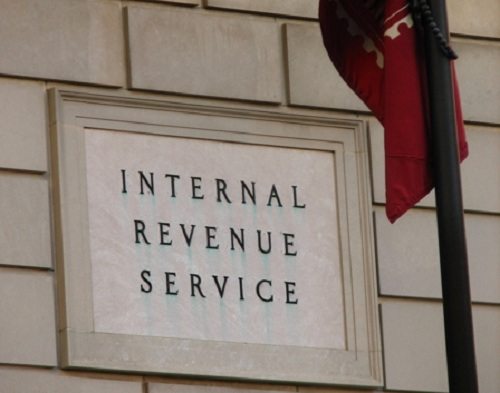 One of the more unexpected outgrowths of the IRS controversy regarding its processing of 501(c)(4) applications was the news yesterday that, according to CNN, new temporary IRS commissioner Danny Werfel announced that “80 groups awaiting IRS action on their applications for tax-exempt status for more than 120 days could self-register with the agency as long as they certified under penalty of perjury that they would comply with applicable laws and regulations.” The IRS report, based on its own internal review of events separate from the report of the Inspector General, calls this self-certification process a “streamlined path” to 501(c)(4) status.

From an organizational management perspective, it is an unusual choice. It essentially acknowledges that the IRS is massively screwed up. But rather than changing its process so that it does the due diligence on 501(c)(4) applicants correctly—either by the regulation or by the law—the IRS is saying it will allow groups that have been caught in the process for roughly four months to skip ahead and escape review altogether based on their promises to be good social welfare organizations and not spend disproportionately on partisan politics.

There no question that the IRS’s management of this process has been an absolute nightmare in terms of administrative process and even worse in terms of public relations, with serial revelations of mismanagement now enveloping even the Inspector General’s report itself. It will be the subject matter of political science courses for years to come. But the choice of telling applicants that they can take an oath, cross their hearts, and pledge to uphold the requirements of (c)(4) status when the IRS can’t define what it means by social welfare activities and political activities seems astounding. If the evidence, albeit anecdotal, is that a number of (c)(4)s are nothing more than pipelines for disclosure-free political spenders, with nary an iota of social welfare to their game plans, how can these applicants be trusted to certify themselves? Already short-staffed in its tax-exempt unit, is the IRS really going to be able to do effective audits of these groups to ascertain which have kept and which have flouted their promises to be good (c)(4)s? Moreover, isn’t it possible that the (c)(4)s created by or fronting for big corporate interests won’t really care much about what they have to promise, or what minimal penalties they might have to pay if by happenstance that the IRS catches them with too much politics and too little social welfare in their programs?

Werfel and an unnamed IRS spokesperson told the National Journal two conflicting pieces of information. One was Werfel’s contention that “the application for 501(c)(4)s is already and has always been an optional process…You can operate now without getting an application.” Did he mean that groups could spend money secretly on political campaigns without having to become either 501(c)(4)s or 527s? Wouldn’t that undermine concepts of campaign finance disclosure? The other statement from an unnamed IRS spokesperson was, as relayed by the National Journal, that “self-certification process for tax-exempt status is not available to new groups filing with the IRS.”

To add to the confusion, the National Journal concluded by saying, “this idea of self-certification shows a hesitation on the part of the agency and the administration to delve into the knotty problem of regulating tax-exempt groups.” Of course, tax-exempt groups are more than (c)(4)s. We presume that the National Journal didn’t mean that the IRS was slipping out of town regarding all its 501(c) application reviews. But language is important. The National Journal shifted from 501(c)(4)s to the broader category of “tax-exempt groups.” On CNN’s “New Day” morning show earlier this week, former House Speaker Nancy Pelosi thrice described (c)(4)s as applying for “tax deduction” rather than “tax exempt” status. Viewers could have come away confused that donations to (c)(4)s qualify as tax deductible items—they aren’t.

For the IRS to duck an issue that nearly everyone unintentionally describes incorrectly is a very odd position to take. Certainly, Werfel inherits a tax-exempt unit whose credibility is in the pits—sad to say, deservedly so. But to give up the ghost and rely on self-certification, which will undoubtedly play to the advantage of the (c)(4)s pitched by corporate interests and to the disadvantage of those of a more grassroots flavor, whether liberal or conservative, makes no sense. This might be one more chapter in the college case study on how one federal agency could muck up not only the interpretation of a statute, but also the implementation of its misinterpretation, the management of the emerging scandal, and its initial approach toward finding a “fix.”—Rick Cohen