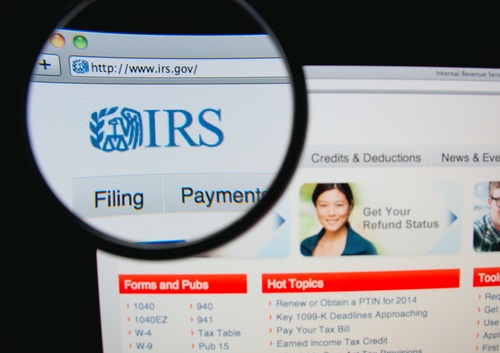 The article quotes both supporters and opponents of the organizations’ missions criticizing the IRS for taking so long to reach a decision on the applications.

The groups cited in the Politico article are 501c4 “social welfare” organizations. Unlike other types of tax-exempt entities, social welfare groups can operate without first seeking IRS approval of their tax-exempt status. However, there are several reasons that make applying for tax-exempt recognition advisable for these groups, including tax implications for donors. The lack of final IRS action on applications has dried up donations and severely restricted operations by many of the groups mentioned in the article. Former IRS official Marvin Friedlander refers to the process as “death by bureaucratic delay.”

Bureaucratic delays were cited prominently in the TIGTA audit report released in May of 2013. The IRS took no action on “Tea Party cases” for more than a year while IRS headquarters staff considered how best to handle the applications. Many groups singled out in this process were sent one or more questionnaires from the IRS asking (according to the inspector general) “inappropriate questions” and requesting items including donor lists, membership lists, Facebook and web site printouts, as well as to state the future intentions of any leaders or members to seek public office.

One of the few errors in the Politico article was its assertion that progressive groups as well as conservative ones were targeted by the IRS. As NPQ reported in July 2013 and included in a September 2013 update on the IRS scandal, the Treasury Inspector General for Tax Administration (TIGTA) found only one of five “be on the lookout” (BOLO) memos that included the term “progressive,” and that BOLO was never made active by the IRS.

The IRS claims that it has fulfilled the TIGTA’s recommendation that long-pending applications in 2013 be expedited, but doesn’t comment on why a few groups, including one of the largest and best-known 501c4 organizations, have not yet received a final determination.

Unlike charities, social welfare groups can’t bring legal action against the IRS if it takes too long to approve their applications for tax exemption. So the groups either remain in limbo or choose to dissolve and, in at least one case, reorganize under a different corporate name and start over. Some have placed money in reserve to pay state and federal taxes should their applications ultimately be denied (in some states, federal tax exemption affects state tax treatment). This is a tough message for both boards and donors, as groups have money on hand but are afraid to spend it, and donors know that a potentially significant part of their gifts may need to be warehoused pending a decision from the IRS.

Regardless how one feels about 501c4 organizations in general or the activities of particular groups, any nonprofit should expect an impartial IRS determination on their tax exemption, to borrow a phrase, with all deliberate speed. The continued delays reported by Politico are yet more evidence that we have a long way to go before the IRS scandal is put behind us.—Michael Wyland