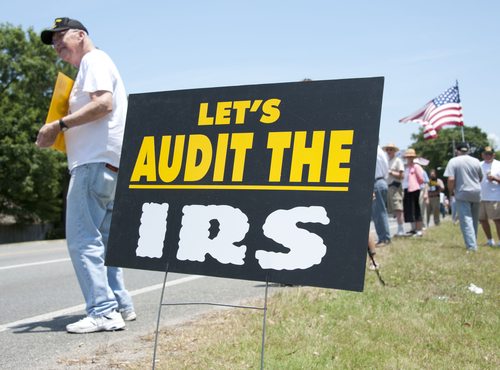 The IRS continues to have problems with its oversight of nonprofit organizations. Confidential data has, once again, been made public in two separate incidents.

First, the IRS had failed to redact the Social Security numbers from some of the Form 990-T records for January 2013. Two samplings of data for that month showed that at least hundreds of Social Security numbers, or about 10 percent of the two samples examined, were included in the data file. The IRS alerted Public.Resource.org and other recipients of the data on DVD and sent a “clean” copy of the Form 990-T data. The DVD was sent to subscribers in February, and the IRS did not notify recipients or replace the DVDs until June.

Having been alerted to the problem with Form 990-T data, Public.Resource.org examined other data provided electronically by the IRS and found that the IRS also mistakenly disclosed in its electronic data files the Social Security numbers of tens of thousands of donors to so-called “527” organizations. A 527 organization is a type of nonprofit that engages in political activities; the classification encompasses political parties, campaign committees for candidates for federal, state or local office, and political action committees (PACs).

On July 1, Public.Resource.org reported the problem to the Office of the Treasury Inspector General for Tax Administration (TIGTA). The data files were removed from the IRS website the following day. (The TIGTA is also responsible for the auditing and reporting on other IRS practices, including the targeting of applications for tax-exempt recognition from conservative groups and lavish spending by the IRS’s Small Business/Self-Employed (SB/SE) Division on conferences and training sessions.)

There is never a good time for the government to make such mistakes, but it’s hard to think of a worse time for the IRS to do so. While it caught the mistake with the Form 990-T data, the IRS was unaware of the problems with the 527 information until it was notified by Public.Resource.org by way of the TIGTA.  Public.Resource.org’s concerns about inadvertent disclosures from various federal agencies, documented in the open letter on its website (cited above), echo concerns from civil libertarians, conservatives opposed to implementation of the Affordable Care Act, and Tea Party followers that the government can’t be trusted with the mountains of personal information being supplied by citizens, warehoused by federal agencies, and correlated by the government to facilitate various programs and services.

There is no question that government needs to know things about us that are considered private (e.g., employment and income), and it’s important to remember that Social Security numbers are government-issued. The difficulties and risks arise when government seeks to be accountable and transparent concerning when and how the various data elements are combined. The individual’s right to privacy and the public’s right to know need to be balanced, and constant vigilance is necessary to assure that the balance is maintained.—Michael Wyland