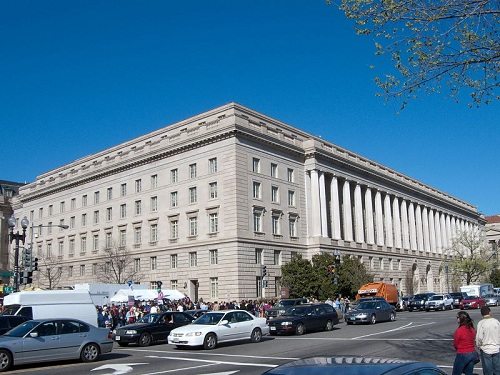 After last week’s Ways and Means Committee hearing and yesterday’s Senate Finance Committee hearing, Congress is stumbling toward a sharper understanding of what happened at the IRS surrounding the purported targeting of the 501(c)(4) social welfare applications of conservative organizations. The answer has two parts:

On both issues, the IRS has failed, but so has Congress for its inadequate oversight of the Exempt Organizations part of the Service. For that matter, so has the nonprofit sector for letting the canker sore of out-of-control 501(c)(4)s fester, diminishing the credibility of 501(c)(3) public charities in the process, since the distinctions between the two are arcane and elusive for most of the press and the public.

Starting with the Senate Finance Committee chairman, Max Baucus (D-MT), senators from the Democratic side of the aisle took repeated aim at the IRS’s interpretation of the 501(c)(4) statute, which says that these organizations must be operated exclusively for the purposes of social welfare, but whose regulation substitutes “primarily” for “exclusively.” Senator Bill Nelson (D-FL), along with Ben Cardin (D-MD), Bob Menendez (D-NJ), and Sherrod Brown (D-OH) hammered away at the witnesses—former commissioner Douglas Shulman, acting (and recently fired) commissioner Steve Miller, and Treasury Inspector General J. Russell George—on the clear difference between “exclusively” and “primarily.” To Nelson, who assured his colleagues that he “understands the King’s English” well enough to grasp the difference between “exclusively” and “primarily,” if the IRS had followed the law in terms of requiring 501(c)(4)s to pursue social welfare functions exclusively, this controversy might have been averted.

Baucus agreed, but the Committee members should all be advised that the IRS has long maintained an environment of definitional ambiguity regarding 501(c)(4)s and not taken opportunities to fix the problem. Consider this definition from a 1995 IRS guidance publication explaining the regulation: “an organization is operated exclusively for the promotion of social welfare if it is primarily engaged in promoting in some way the common good and general welfare of the people of the community, i.e., primarily for the purpose of bringing about civic betterment and social improvements.” There is no way to parse that sentence out of its internal contradiction. Senator Maria Cantwell (D-WA) pointed out that the IRS’s regulatory interpretation lacked bright lines, leaving lots of gray areas for staff people to insert their own—mistaken—interpretations.

Cardin added another important point. The 501(c)(4) regulation was enacted in 1958, an era with politics quite different from today’s. Brown pointed out that the parameters of politics have changed in just the last three years, not to mention over 50 years. “Three years of Citizens United, two federal elections, how long do we wait for the IRS,” he asked, to address the need to rethink the situation. Baucus summed it up by noting that “it doesn’t take a rocket scientist to figure out what’s going on here”—there are organizations that should clearly be 527s that should have to disclose their donors, but they’re choosing the option of being 501(c)(4)s in order to engage in political activities while keeping their donors secret. He added that it seemed like the IRS had “targeted,” to use to the word of the moment, small organizations like local Tea Party groups and others, but sidestepped taking on the big misusers of 501(c)(4) status, such as Karl Rove’s Crossroads GPS and its liberal Democratic counterpart, Priorities USA.

The ability of the IRS to misinterpret, misapply, and thorough bollix up the 501(c)(4) review and approval process, as revealed by the hearing, is clearly a reflection of what the IG called the agency’s “gross mismanagement.” The political use of (c)(4)s has long been a growing problem, regardless of the erroneous 1958 regulation that redefined the word “exclusively.” A competent agency would have addressed this, or raised the issue to Congressional oversight bodies, or done something. But the Committee’s questioning of Shulman and Miller revealed a bureaucratic passivity that is beyond mystifying.

As the questioning further uncovered, the Exempt Organizations unit was out of control. Shulman and Miller evinced not only gaps in memory, but an inexplicable inability to go back through their records to figure things out. Since they were both scheduled to appear as witnesses to help the Committee figure out what happened and what needs to be fixed, one would think they would have done their homework to prepare for questions that covered material beyond the facts in the TIGTA report, but they didn’t. It was a truly embarrassing performance by the past and current IRS commissioners, though Miller was only in an acting capacity in his less-than-a-year on the job (though with 25 years in the agency). Shulman’s performance revived memories of Michael D. Brown—“Brownie”—at the helm of FEMA during Hurricane Katrina.

For example, Senator Brown pointed out that less than 100 of the 501(c)(4) applications under review were Tea Party, “Patriot,” or “9/12 Project” organizations. What were the others? For the second hearing in a row, Miller couldn’t respond. Somehow, the simple task of pulling the list to try to understand and characterize the other applicants in order to better inform the committee about other organizations didn’t make his to-do list in preparation for testifying—under oath—to the Senate Finance Committee.

Senator Debbie Stabenow (D-MI) couldn’t understand how these problems could fester for so long and, even after they became known, how they could go without executive intervention to make firm corrections. Senator Mike Crapo (R-ID) and others made the leadership of the IRS look feckless. Orrin Hatch (R-UT) and John Thune (R-SD) hammered at the notion that Miller had planted a question for EO director Lois Lerner to answer at the American Bar Association conference, but failed to take any of several opportunities to inform or correct the record with the Senate Finance Committee or other Congressional bodies.

Brown’s point about the three years since Citizens United is that the agency simply didn’t react to the burgeoning (c)(4) problem, suggesting that the trouble is not just “out of control staff” and managers who were “asleep,” but a vacuum of leadership. No one on the Committee defended Shulman or Miller, though at least Miller tried to accept some responsibility for his inaction, while Shulman ducked and dodged in a way that frustrated Baucus in particular. Maybe Miller, as a career bureaucrat who was simply the acting commissioner waiting until a permanent person was nominated by the President, chose to take minimal corrective actions over out-of-control staff and out-of-touch administrators, offering training to staff rather than simply firing people who did not follow directions from superiors. Maybe as a career bureaucrat, he was reluctant to tell the Committee who specifically was responsible for the idea of the list. (He said he couldn’t remember the name of the person who initiated the Tea Party targeting, though he knows who it was, but he didn’t know who was the person who then reversed Lois Lerner’s efforts to end the use of other inappropriate criteria and questioning.) Shulman was the commissioner, Miller was then the acting commissioner; they’re supposed to be leaders and take responsibility.

Where does this all go? The hearing gave broad hints:

There ought to be two levels of reform coming out of this process. One would be to fix the IRS so that this vacuum in leadership is eradicated. The other is to fix the social welfare organization problem, going way beyond little Tea Party groups to ask why we have organizations that do the same things as political action committees—except that they’re able to keep their donors secret.