IRS Targeting May Have to Do with Size and Connections 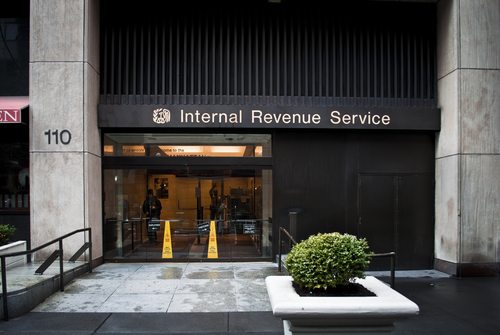 Today, the Sunlight Foundation released an analysis drawn from its recent survey of politically active nonprofits. The survey findings show that there are plenty of examples of social welfare nonprofits that are clearly partisan or oriented for the benefit of a single individual, rather than for the public at large. They also suggest that, in the end, the IRS’s approval of social welfare organizations may have less to do with political affiliation and more to do with budget size and political connections.

It uses a number of examples to illustrate both points. In the first case, it points to the Republican Governors Public Policy Committee, a so-called social welfare organization “promoting social welfare and efficient and responsible government practices,” if you consult its tax return. On its website, however, it is “the official policy organization of the nation’s Republican governors.”

The survey the Sunlight Foundation did of 501(c)(4)s identified a dozen groups “in the District of Columbia, Maryland and Virginia that—while organized as nonprofit social welfare organizations, which under the tax code must benefit an entire community—in fact appear to benefit private individuals, namely Republican and Democratic politicians. These groups range from the now-defunct Democratic Leadership Council, which aided the political career of an Arkansas governor named Bill Clinton, to the Republican Main Street Partnership, a de facto anti-Tea Party group which promotes ‘thoughtful leadership’ in the GOP.”

It also found that bigger groups with more money to spend appear to fare better in the final approval process. The Republican Governors Public Policy Committee, mentioned above, has a multi-million dollar budget, but many of the groups that were targeted were far smaller, having raised somewhere between $10,000 and $20,000.

The larger groups, even if they are challenged, may be able to appeal those rejections with the help of high-priced lawyers. In 2005, for instance, the IRS denied 501(c)(4) status to the State Government Leadership Foundation. The group is affiliated with the well-heeled Republican State Leadership Committee, a political organization. “If you have good lawyers, you can get an application through,” said Lloyd Mayer, a professor at Notre Dame Law School. In the first year and a half of SGLF’s existence it paid more than $105,000 in lawyers fees.

Groups on both sides of the aisle were found to have been representing themselves one way on their websites and another way on their tax returns.—Ruth McCambridge