IRS Urged to Dispense with Outdated Rules on Media Startups 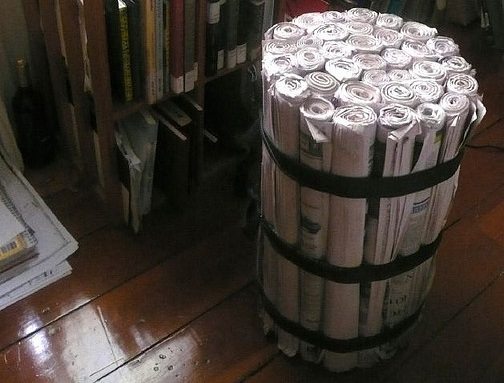 If almost everyone else understands that journalism is transforming itself and largely innovating in nonprofit form, why doesn’t the Internal Revenue Service (IRS)? For the past year or so, NPQ has been covering the IRS’s slowness in approving applications for nonprofit journalism sites. The delays, some of which have lasted a year or more, have caused emerging media sites big problems since some funders have been nervous about investing in an entity without a firm tax status.

The IRS’s reticence about approving these entities seems to have revolved around two issues: 1) whether or not the entity can be seen as “educational,” and 2) the business plan of the entity or planned entity. In the first case, the IRS seems to be trying to parse a murky line about whether or not journalism is educational. It does not view journalism as an educational undertaking but as a business endeavor…or at least sometimes. Though there are many nonprofit journalism sites functioning, the IRS recently notified a group in Rhode Island, “While most of your articles are of interest to your community, they are not educational.” All of this obscure decision-making led the Digital Media Law Project to produce a guide for journalism groups intending to apply for tax-exempt status.

Considering the wide array of fields with a mix of nonprofits and for-profits acting to fulfill similar purposes, it appears strange that journalism, in particular, is being singled out. But the fact is that it has been and the delays have been enormously problematic to what looks to be a massive journalistic shift from for-profit to nonprofit structures. So it was a welcome development when the Nonprofit Media Working Group of the Council on Foundations released a report yesterday titled “The IRS and Nonprofit Media: Toward Creating a More Informed Public.” The report urges the IRS to stop making things so difficult for journalism organizations that seek to adopt a nonprofit structure.

The report recommends that the IRS should seek to determine whether the applicant is providing information on important public issues and whether it operates like a nonprofit with all that this requires of us. The report also states that the IRS should “not take into account the manner or medium by which the editorial content is gathered, displayed or disseminated; whether any fee is charged; or whether or to what degree the enterprise is supported by grants.” The report, which acknowledges the enormous value of journalism to a free and informed democracy, was supported by the John S. and James L. Knight Foundation. In our opinion, this report is excellent and important. It acknowledges what appear to be outdated attitudes at the IRS and tries to influence a shift in those attitudes. –Ruth McCambridge