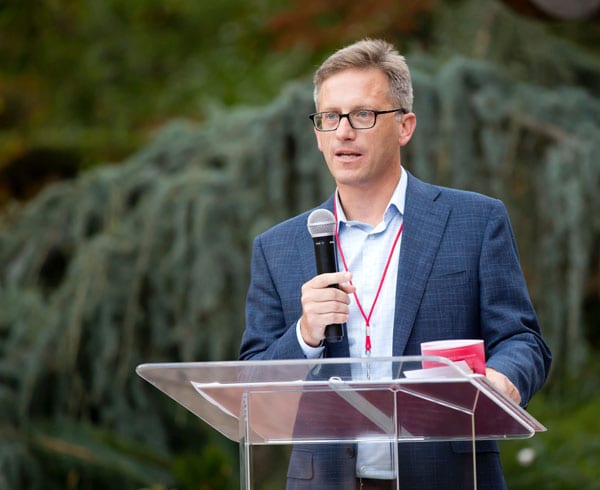 Reich points to Proposition C, a controversial “homelessness tax” that San Francisco voters passed by a wide margin in November. But Reich says public debate over the initiative was relegated, in large part, to a pair of billionaires: Salesforce CEO Marc Benioff, who supported the legislation, and Twitter’s Jack Dorsey, who spoke out against it.

Reich points to Prop C as a concrete example of the tension between philanthropy and democracy. “It’s a sign of the dysfunction of our democracy that we cover a public policy issue like homelessness, not as a matter of competing policy proposals from our elected officials or from civil society organizations,” he says. “But as an argument between two billionaires.”

In this podcast, Reich challenges us to think critically about the role of philanthropy, as he did when he joined us on a previous episode. This time, we discuss Reich’s new book, Just Giving: Why Philanthropy Is Failing Democracy and How It Can Do Better.

“Big philanthropy is an exercise of power,” he tells us. “When people use their private resources to try to attain some type of public influence in a democratic society, that deserves civic scrutiny, not gratitude.”

Reich says it is not coincidental that the last couple of decades has seen a wild growth in philanthropy right alongside deepening inequality. In this podcast, he critiques wealthy parents who give to local education foundations in order to improve public education for their children, and he questions why donors get the same tax breaks if they give to a soup kitchen or to their child’s elite public school. He also questions the role that philanthropy should ideally play in society.

“Too frequently today, philanthropy undermines democracy, rather than supporting it,” Reich says.