Is Cardinal Dolan’s Threat to End Catholic Charity to the Poor for Real? 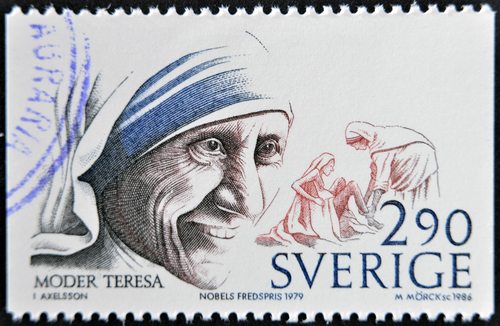 The implications of the litigation launched by several Catholic organizations and dioceses against the federal government’s inclusion of contraceptive coverage in required health insurance are not trivial. The Christian Post, a well-regarded news venue, warns in its headline that the “Catholic Church Might End Charity to [the] Poor Over [the] Contraception Mandate.” The Post’s headline appears to be based on its interpretation of this comment that Cardinal Timothy Dolan, the top Roman Catholic official in the U.S., gave to MSNBC:

“If these mandates click in, we’re going to find ourselves faced with a terribly difficult decision as to whether or not we can continue to operate. As part of our religion, it’s part of our faith that we feed the hungry, that we educate the kids, that we take care of the sick. We’d have to give it up because we’re unable to fit the description and the definition of a church given by, guess who? The federal government.”

It’s hard to imagine that Cardinal Dolan’s own flock would allow the Church to abandon its historic social calling card. The federal government has given the Catholic Church options for compromise that both sides might see as somewhat unpalatable, but that’s what compromise is.  Compromise means finding solutions that achieve a greater good even if both sides have to accept something less than what they would ideally have wanted. Remember, the federal government’s compromise offer would make sure that the Catholic institutions don’t pay a cent for contraception or abortion, regardless of whether the majority of their Catholic and non-Catholic employees agree or disagree with the Church’s position.

Given that offer, why would the Catholic Church scotch all of its historic non-sacerdotal functions? The letter that Catholic Democrats sent to Cardinal Dolan last fall about his response to the Ryan budget is actually a wonderful tabulation of the linchpins of the Catholic social justice tradition, and noted the work of Msgr. Geno Baroni as the “Godfather” of the Catholic Campaign for Human Development’s (CHD) support of anti-poverty community organizing. Those of us who had the experience of working with Msgr. Baroni at the National Center for Urban Ethnic Affairs, and later during his stint as HUD Assistant Secretary for Neighborhood Development, remember what CHD stood for and still means as a reflection of the Catholic social justice tradition. Sen. Barbara Mikulski (D-Md.) and Rep. Marcy Kaptur (D-Ohio) are two of Baroni’s disciples in Congress, but they also reflect the values and mission of the Catholic Church in responding to the nation’s social problems. Cardinal Dolan would toss that history and tradition by spurning a reasonable compromise?

We should all remember the original name of CHD at its founding: the National Catholic Crusade Against Poverty. Would Cardinal Dolan go to the mat over the contraception mandate, even with the federal government’s proffered compromise, and eliminate CHD’s $74.4 million in grants, $59 million in government contract work, and $31.2 million in policy work in 2010? Is that what the Cardinal really means to say to the federal government and to America’s poor?—Rick Cohen