Is Growing Pot Indoors Bad for the Environment? 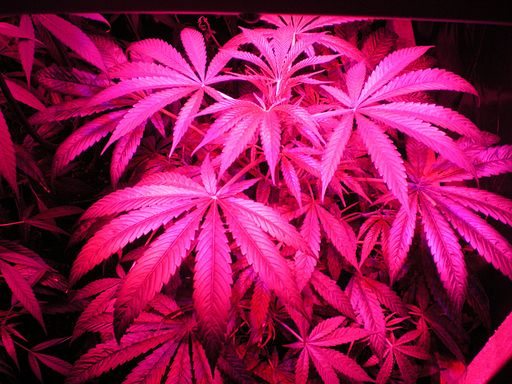 As Washington state just promulgated draft regs for growing weed suggesting that “pot could be grown indoors or in greenhouses with a rigid roof and walls,” those with an interest in the situation are debating between sun-grown and indoor-grown, with some saying that the former leaves something to be desired in terms of environmental impact. Last year, a study in the journal Energy Policy found that growing 2.2 pounds of pot indoors leaves as much of a carbon footprint as driving across the country seven times.

KC Golden, policy director for Climate Solutions, says it makes no sense to move agriculture indoors, given the sun’s record of “encouraging photosynthesis for some 4 billion years now, without an outage.”

State Rep. Joel Kretz, a Republican from Wauconda, is one of the few pushing for growing in sunlight. “The waste of our clean hydropower, wind, and solar electricity for a nonfood crop used primarily for recreation is simply unacceptable.” He believes that sun-grown pot could also be a source of rural economic development in the county he represents, which has 15 percent unemployment. “I want green marijuana…the land here is cheap, we have good soils and lots of sun.” In a decidedly less mellow stance, Dan Williams, president of Colorado-based Canna Security America, says outdoor cultivation is “absolutely doable,” with the right razorwire fencing and cameras.

California pot activist Steve DeAngelo thinks that “People who care about our environment, who respect Mother Nature, need to make this a priority and demand that rule-makers and regulators allow cannabis to be grown like every other crop in the country.…Do you want to eat tomatoes grown in a hydroponic solution under high-intensity lamps, or do you want tomatoes grown organically under the sun?”

Meanwhile, the State Liquor Control Board has released draft rules and the logo for state-approved weed, which comes in your choice of black or green and is a marijuana leaf inscribed in a circle within in a silhouette of the state. According to the Puget Sound Business Journal, it “looks like a decal fit for a Cheech and Chong van.”

Among the draft rules (in case you are interested):

— “The number and location of retail stores have not been determined, but stores could be open seven days a week, from 6 a.m. to 2 a.m.”

— “Residents and out-of-staters could buy an ounce of dried pot, the maximum allowed for possession. But they couldn’t buy hash and other concentrates.”

The liquor control board tweeted on Friday morning that the new rules “have been downloaded 3,373 times in 19hrs…might be a record for interest in government rules.”—Ruth McCambridge