Is Medicare an ATM for the Unscrupulous? 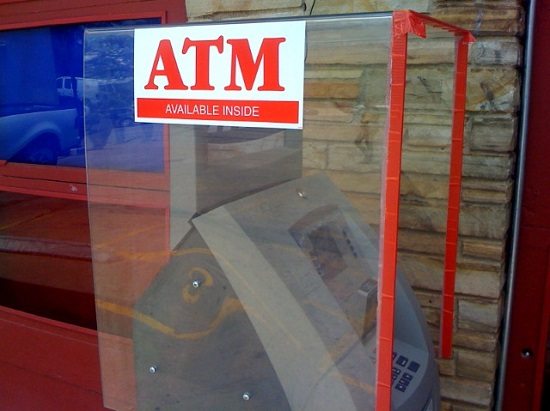 Last year, in a Los Angeles courtroom, seventy-one-year-old Rodolfo Fernandez testified that he had a power wheelchair in his garage. He neither wanted it nor needed it. One day, a “recruiter” showed up at his door, asked him a few questions, and took him to a physician who prescribed a wheelchair for him. Medicare pays close to $5,000 for such assistive devices; they cost around $840. The recruiter received a finder’s fee of $800 and the physician involved pocketed the rest. One L.A. doctor collected more than $23 million for over 100 power wheelchairs and other equipment that patients did not need—and sometimes didn’t even receive. In 2011, a Miami healthcare executive was sentenced to 50 years in prison for submitting more than $205 million in such phony claims. The Washington Post published a startling expose on the Medicare scams last year. Criminals like these have gotten away with millions just by slipping past Medicare’s plethora of blind spots.

As the national debate over Medicare’s future escalates, its detractors have argued that the healthcare bureaucracy is fraught with abuse and fraud. Adding fuel to their fire is the Justice Department’s recent arrest of 243 people accused of bilking $712 million in Medicare payments. The department’s investigation targeted doctors and nurses as well as providers of psychotherapy, home care, drugs, physical therapy, and medical equipment, many of whom were in collusion with unscrupulous characters. The charges include conspiracy to commit healthcare fraud, violating the anti-kickback statute, money laundering, and aggravated identity theft.

The arrest is the latest and largest crackdown in an eight-year campaign against healthcare fraud. In 2007, the Medicare Fraud Strike Force was created to root out cheaters of the system. Since that time, over 2,300 people have been charged with falsely billing Medicare for more than $7 billion.

At a news conference announcing the bust, FBI Director James B. Comey said, “If you want to find criminals, you follow the money. In this case, we followed the money and found criminals who were attracted to doctor’s offices, to clinics, to hospitals to nursing homes in search of what they viewed as an ATM, an ATM that was a freebie to them but is actually filled with taxpayers’ money.”

The aforementioned Washington Post article described the scope of the enormous problem. The agency processes approximately $4.9 million claims a day and is required to make payments in thirty days, relying on the honor system. Without adequate resources, only about three percent are reviewed.

The nationwide scams have not been limited to wheelchairs. In Miami, the owners of a mental health treatment center have been accused of billing tens of millions worth of intensive therapy for patients, many of whom, because of severe dementia, could not even communicate. Actually, the patients were just being moved to different locations. In Michigan, a physician allegedly traded prescribed unnecessary narcotic painkillers for the use of patient IDs to generate additional false billings. His addicted patients were held hostage when the doctor threatened to cut off their medications.

A big portion of the scammers has targeted the relatively new Medicare Part D, the prescription drug benefit program. Investigators are on the trail in a big way. HHS Inspector General Daniel Levinson noted in Modern Healthcare that costs in Medicare Part D reached $121 billion last year. “Our focus on Medicare Part D continues because more than 41 million Americans depend on that program, and its integrity must be protected,” Levinson said.

In the same Modern Healthcare article, Patrick Burns, co-director of the Taxpayers Against Fraud Education Fund, said that prosecuting fraud in Part D can sometimes be more difficult than in other areas of Medicare because Part D payments are capitated, rather than fee-for-service.

While the arrests are significant, Burns is not as impressed as others over the crackdown, which targets small time “fraudsters” while ignoring big business. “Nobody goes to jail. Nobody loses their job. […] They hammer the little guys, which they should, but they give the thumbs up and the big wink to the biggest liars, cheats and thieves.”

The biggest losers? Those who pay into Medicare, whether they like it or not.—G. Meredith Betz