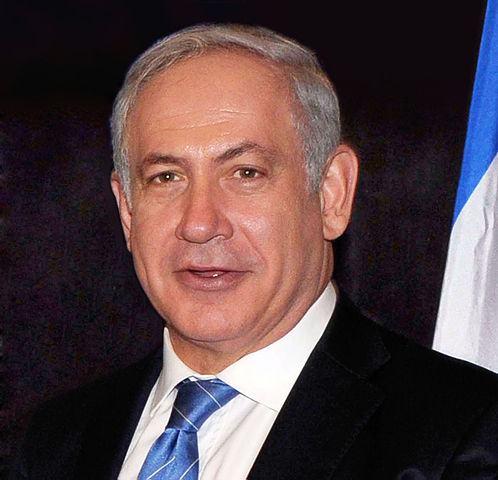 One of the recent controversies floating around the Beltway involves the decision of the Center for American Progress to host a major address by Benjamin Netanyahu on November 10th, giving the Prime Minister of Israel an important platform for reconnecting with American liberals after his campaign against the nuclear treaty with Iran and his Republican-sponsored speech to Congress. According to multiple sources, the CAP decision came after much lobbying from the Israeli government and the powerful lobbying group, the American Israel Public Affairs Committee (AIPAC).

The decision of CAP to host the Prime Minister isn’t going down well in some circles. One former CAP staffer, unnamed in the press coverage, was quoted to say (to the Huffington Post), “[Netanyahu’s] looking for that progressive validation and they’re basically validating a guy who race-baited during his election and has disavowed the two-state solution, which is CAP’s own prior work.” The race-baiting undoubtedly refers to Netanyahu’s campaign warning to Israeli voters that leftwing nonprofits were busing Arabs to the polls in Israel’s recent elections to turn him out of office.

Another former CAP staff person, Ali Gharib, wrote in The Nation about pressure from AIPAC and others on CAP’s positions on Israel that led CAP to quietly change its stance and what it would say publicly:

I worked at CAP for more than a year, from 2011 through much of 2012, writing for the site ThinkProgress, mostly on Middle East policy. My stint there was defined by an attack on my and my colleagues’ work by pro-Israel groups; our taking a progressive stance on the Israeli-Palestinian conflict and pointing at pro-Israel figures as leading the charge for a war with Iran in Washington had attracted the attention of some of the Israel lobby’s nastiest apparatchiks. Though there was no evidence to back up the charge, we were smeared as anti-Semites. It’s a long story—I suggest reading accounts of the affair by Joshua Holland and Glenn Greenwald—but suffice it to say for our purposes that AIPAC played a significant role in the affair. And CAP’s positions moving forward from the attacks—including but not limited to virtually banishing criticisms of Israel and Netanyahu from our writings and, in at least one case, needlessly censoring a piece after publication—were guided by how to return to AIPAC’s good graces, often in coordination with AIPAC itself.

Netanyahu’s appearance at CAP on November 10th will include a Q&A with CAP president and CEO Neera Tanden. But Gharib doesn’t hold much hope CAP and Tanden will turn the Netanyahu speech into an opportunity to grill the Prime Minister. Gharib adds that with the U.S. presidential campaign underway, “CAP is in a mode now of switching from being Obama’s think tank to being Hillary Clinton’s; the gravitational pull of an election is too great for the think tank’s ideological imperative (progressivism) to outweigh its unstated partisan mission.” CAP’s original director was John Podesta, who served as President Bill Clinton’s chief of staff and now is heading Hillary Clinton’s presidential campaign. Tanden was a domestic policy advisor in the Clinton White House and, among other relationships with Hillary Clinton, served as her policy advisor in the 2008 presidential campaign.

To be clear, CAP isn’t Netanyahu’s only major speech scheduled for his upcoming tour. He will also be addressing the conservative American Enterprise Institute. Some conservative-leaning pro-Israel groups are actually concerned because Netanyahu is speaking to the liberal organization that some saw as anti-Semitic in its criticisms of Israeli policies not too long ago. But the conservative criticisms seem to pale against the liberal side’s concerns about Netanyahu at CAP. “This is someone who is an enemy of the progressive agenda, who has targeted Israeli human rights organizations throughout his term, and was re-elected on the back of blatant anti-Arab race-baiting,” said Matt Duss, a former staff person at CAP who heads the Foundation for Middle East Peace. “The idea that CAP would agree to give him bipartisan cover is really disappointing.”

Here’s hoping that despite some of the strongly pro-Israel types supporting the Clinton campaign (Haim Saban comes to mind),Hillary Clinton’s own history of, as Gharib describes it, “mildly hawkish” positions on the Middle East conflict, and AIPAC’s having paid for trips of CAP staff members to Israel, Neera Tanden will give Netanyahu a tough grilling on a variety of issues. It would be a pleasant counterpoint to the award Netanyahu is scheduled to receive at AEI.—Rick Cohen