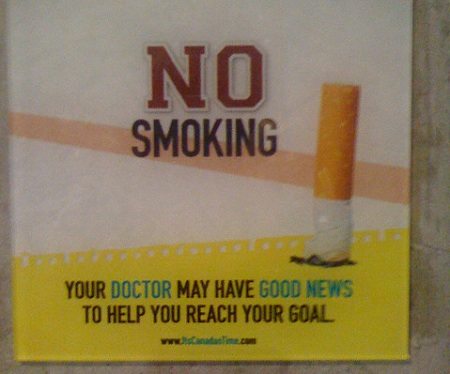 Those pesky state budget problems don’t seem to ever go away. One casualty has been funding for state anti-smoking programs. The Campaign for Tobacco-Free Kids reports that state spending on anti-tobacco programs is at its lowest level since 1998, when a court settlement with the big tobacco corporations gave states billions for public health. The Campaign says that states are on tap to receive $25.7 billion from tobacco taxes and settlement money this fiscal year, but less than two percent of that is planned for anti-smoking or tobacco prevention campaigns.

According to the report, state anti-smoking programs are working and proving to be cost-effective, too. So why are states cutting their anti-smoking programs, especially since they’re actually being paid for by settlement funds dedicated to this public health purpose? Why did North Carolina eliminate its program for this year? Why did Ohio fail to allocate any funding for its program? Why have other states cut funding by 90 percent (Washington), 75 percent (Maryland), or more than half (Maine, Massachusetts, New York, and Wisconsin)?

Truth be told, this is what sometimes happens with court settlements resulting in payments to states to be dedicated to dealing with the issues behind the litigation. Remember the national mortgage foreclosure settlement agreement that many states wanted to use for different purposes? The longer the time between the settlement and the payments, the more likely it is that states will be open to diverting the payments from their original purposes.

After the victory of the settlement, the challenge for the nonprofit advocates whose work lead to the court cases and settlements often shifts to making sure the moneys go to where they’re supposed to go. Financially crunched state governments are often quite susceptible to the attraction of repurposing moneys. We suspect that tobacco settlement funds are there, but are just being used for more than anti-smoking programs.—Rick Cohen