Is the IRS Finally Ready to Regulate Nonprofit Political Activity? 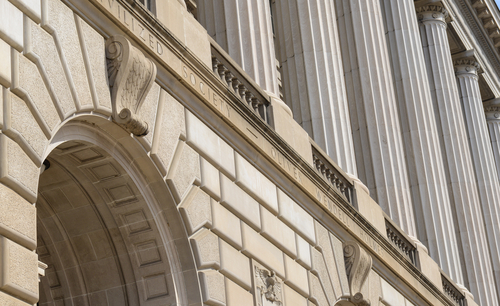 The New York Times is reporting that the IRS will issue new proposed regulations concerning political activity by nonprofit organizations, perhaps as soon as next month. They cite a notice issued by the IRS last week as the basis for their report.

However, a search of the Office of Management and Budget’s rulemaking database shows a virtually identical notice was issued in Fall 2014, with a target date of March 2015. The IRS’s intent to issue a new notice of proposed rulemaking is consistent, though the timeframe seems to be in flux.

The first attempt by the IRS to issue regulations on this subject happened in November 2013, and it ignited a firestorm of criticism from all sides of the nonprofits-in-politics debate. NPQ reported on the widespread opposition to the initial proposal and the record number of public comments received prior to the IRS withdrawing the proposed rules.

The interest in regulating nonprofit political activity has been on the IRS radar since at least 2012, when Lois Lerner and Treasury officials discussed it as a possible “off-plan” initiative. IRS Commissioner John Koskinen has said that the IRS does not wish to influence, or have the appearance of attempting to influence, upcoming elections. So why revisit the issue now, when the 2016 presidential election is gearing up in both parties?

Regardless of the details of the proposed regulations, recent history tells us there will be much to fight over. A Republican Congress can point fingers at the Obama administration. Partisans can trade charges of “too much money in politics” and “attempts to limit freedom of speech.” Beyond the political wrangling between Congress and the White House, the Supreme Court’s 2010 Citizens United ruling indicates favoring a light touch on regulation of political speech by corporations of all types.

One reason for the IRS to write regulations is that it needs the regulatory guidance to help it emerge from the shadow of the scandal it has found itself involved with since Citizens United was decided and which became public two years ago. A recently released update from the Treasury Inspector General for Tax Administration (TIGTA) acknowledges this issue and notes that, because the U.S. Treasury Department is working on regulations, TIGTA would not address the issue further. Without “bright line” regulations for identifying permissible and impermissible nonprofit political activities, TIGTA might push the IRS towards a complex, “facts and circumstances”–based training and documentation process for staff working with applications for tax exemption. With the IRS already suffering under budget restrictions and criticism from Congress over the IRS scandal and its role in the implementation of the Affordable Care Act, a complex, expensive, and almost certain to be controversial training program is the last thing the Service needs now.—Michael Wyland